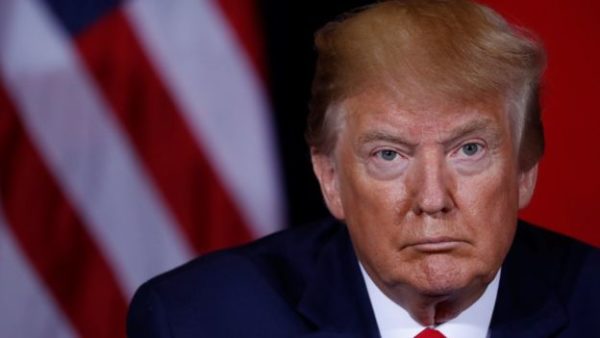 Washington (AFP) – Democrats laid out their case Monday for the impeachment of Donald Trump, branding the US president a “clear and present danger” to national security as they prepared to issue formal charges against him.

Four months after a whistleblower sparked the investigation of Trump for seeking illicit political favors from Ukraine, Democrats said there was abundant evidence that he had committed bribery, abused his power and obstructed the investigation.

“President Trump’s persistent and continuing effort to coerce a foreign country to help him cheat to win an election is a clear and present danger to our free and fair elections and to our national security,” said Daniel Goldman, counsel for the Democrats.

Facing an almost certain vote in the coming weeks to make Trump the third American leader impeached and placed on trial, top Republican Doug Collins countered that the effort was simply “a good PR move” for Democrats ahead of next year’s presidential elections.

“It’s all political,” Collins said. “Where’s the impeachable offense? Why are we here?”

The allegations came in a contentious House Judiciary Committee hearing in which Republicans repeatedly punched back, while Trump himself denounced the inquiry as a “disgrace” and “hoax.”

Fueling the partisan divisions in Washington, the Republicans marshaled a Department of Justice report released Monday as ammunition for a counteroffensive.

The DoJ’s inspector general said its review of investigations into four Trump aides did not find evidence of “political bias” in the decisions to open the probes.

The report effectively rebutted Trump’s repeated claims that the FBI illegally spied on his campaign — but Republicans seized on its findings that the bureau committed “numerous serious factual errors” related to the investigations.

Tempers flared as Republicans tried to derail the hearing with procedural moves.

A lone protester was ejected after shouting in the president’s defense — the first time such an outburst has occurred over the last month of public impeachment hearings.

“We voted for Donald Trump (and) Americans are sick of your impeachment scam,” he shouted as he was removed by police. “Trump is innocent!”