Clashes, gunfire in Lebanon in second night of violence 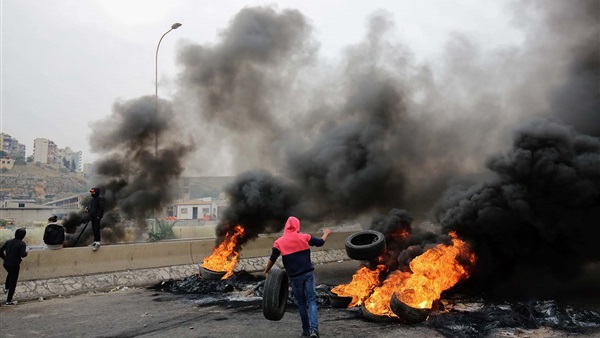 A video posted by Lebanese broadcaster LBCI showed heavy gunfire around Cola bridge in Beirut. The source of the gunfire was not immediately clear. No injuries were reported.

In the southern town of Tyre, supporters of Hezbollah and Amal tore up protest tents and set them on fire, prompting security forces to intervene and fire into the air, according to Lebanese media.

The protests that have swept Lebanon since October 17 are fueled by deep resentment for a ruling class seen as mired in corruption and having driven the economy into crisis.

Supporters of Amal and the heavily armed Hezbollah have occasionally sought to break up the demonstrations and clear roads cut off by protesters. They destroyed a main protest camp in central Beirut last month.

The groups were influential in the coalition government led by Hariri, who quit on October 29 after the protests began. They had opposed Hariri’s resignation.

In a statement, Hariri’s Future Movement warned its supporters to refrain from protesting and stay away from large gatherings to “avoid being dragged into any provocation intended to ignite strife.”

Groups of men on motorcycles, some waving Amal and Hezbollah flags, were seen roving streets in Beirut and Tyre, according to witnesses and videos broadcasted on Lebanese media.

Adding to tensions, two people were killed when their car slammed into a traffic barrier on a coastal road on Monday, sparking criticism from Hezbollah and others of protesters that have cut roads as a primary tactic to keep up pressure.

Lebanon is facing the worst economic strains since its 1975-1990 civil war.