Mysteries of the Middle East Gulf: proxies, drones and spoofing 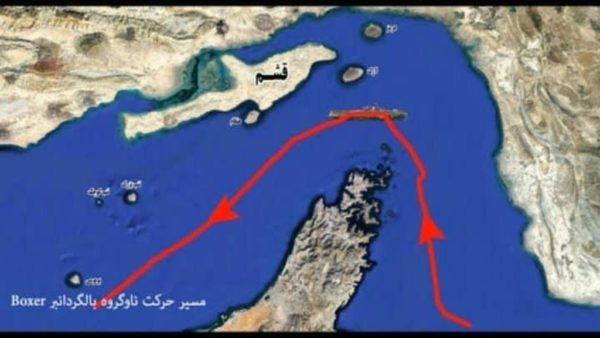 The Middle East Gulf has never been a haven for tanker operators. The intense heat, coupled with the high traffic density, makes the Straits of Hormuz one of the most difficult chokepoints to navigate. Throw in the traditional religious and secular enmities and it has been a minefield (often literally) to navigate.

And while those minefields of the 1980s may have gone, their replacements – limpet mines, drones, fast attack boats and GPS spoofing of navigation systems – hardly give cause to celebrate. The timeline below shows the progression of incidents in the region during 2019, peaking with Iran’s Islamic Revolutionary Guard Corp (IRGC) boarding the British-flagged tanker MR2 product tanker Stena Impero. The tanker has since been released and as at the middle of November 2019, the situation has calmed somewhat.

The attacks and incidents on tankers in the Middle East Gulf highlights how little the industry can do to protect itself, beyond preparation and training. Many tanker companies include financial risk assessment as part of the day-to-day running of the business, but security risk assessment is on a regional basis, and by its nature is an on-demand activity. It requires investment in manpower and an information gathering team and for most tanker companies, it is more cost effective to outsource this activity to a third-party specialist.

One such specialist is Risk Intelligence A/S of Denmark, which specialises in providing voyage and regional risk assessments and has experience in the tanker sector. In September 2019, it signed a 24-month extension of the services it provides to the Norient Tanker Pool (operated by Dampskibsselskabet Norden).

Risk Intelligence’s chief operating officer, Henrik Ehlers Kragh is speaking on the subject of security at the Tanker Shipping and Trade conference in London on 26-27 November. He says: “Risk Intelligence provides security intelligence to support the client’s business opportunities. That might include a tanker calling at a particular port or terminal in complex areas. The client approaches us for advice, and we deliver actionable intelligence to support them in making an educated decision.”

The aim is not to make the business decision for the client, but to advise on the security elements. The company provides alerts, scenarios and advice, but not boots on the ground.

When it comes to GPS spoofing, Mr Kragh notes it is a challenge for crews: “It can happen if the crew does not pay attention. Does the information on the screens match the charts and surroundings?”

He notes that there are physical precautions available, such as two GPS antennae in different parts of the vessel. “Good cyber hygiene is essential, too. Using a firewall, having a good antivirus, and most important of all is teaching the crew of the dangers of accessing the vessel’s internet, not just on the vessel’s hardware, but on their smartphones, too.”

Another element involves looking at a tanker company’s planning and contingency plans. Is there training and drills for shore and sea staff to cover the contingency scenarios? “The plans fulfil a dual purpose of being prepared and providing fluid responses, and also showing stakeholders inside and outside the tanker company, such as crew relatives, that the company maintains a high level of preparedness,” said Mr Kragh.

The recent spate of attacks in the region clearly have serious commercial implications. Emirati law firm Fichte & Co partner Ravi P Jawani and associate Keshav Raychaudhuri advise charterers and owners to pay particular attention to ’frustration’ clauses in the wake of attacks on tankers in the Middle East Gulf.

As a result of the recent attacks, both shipowners and charterers wisely halted bookings in order to reassess risks. But who will pay the bulk of the extra insurance costs: cargo interests, shipowners or charterers?

Annual war risk is one of several forms of insurance a vessel obtains while sailing into high-risk regions. In the wake of the 2019 attacks, the London insurance market’s Joint War Committee extended the list of waters deemed high risk to include Oman, the United Arab Emirates and the Middle East Gulf. Under new terms, any vessels calling for bunkering in these ports will suffer high premiums.

War risk clauses have evolved to determine when an owner is at liberty to deviate or repudiate a charterparty agreement based on specified war risk perils, such as acts of war, piracy, terrorism, sabotage, and blockades. In CONWARTIME 1993, the presence of a war risk lies in the “reasonable judgment of the Master and/or Owners” so that a vessel is not required to proceed through any area where it appears that the vessel, the crew or the cargo on board “may be” or are “likely to be” exposed to war risks.

A shipowner trading in high-risk waters will need to pay additional war risk premiums. Whether it is the shipowner’s obligation or the charterer’s obligation to bear this additional expense will largely depend on the terms of the charterparty. For fixtures yet to be finalised, it will be a matter for negotiation.

As an example, under the CONWARTIME 1993 clause, war risk insurance premiums are stipulated for the shipowner’s account.

Another question that may arise in such circumstances is whether or not the parties will have a right to repudiate the agreed fixture if it has become uneconomical as a result of an increase in insurance premiums.

In certain cases, the “doctrine of frustration” permits a party to a contract to not carry out contractual obligations if there is a change in circumstances. However, it is unlikely that the courts will consider a change in the financial feasibility of operations as an acceptable reason to invoke the doctrine. Nevertheless, “frustration” may occur if ports critical to the performance of the charterparty become inaccessible by reason of war or blockade.

With regard to war and terrorism, under the current circumstances of higher risk and increased war risk premiums, contracting parties should pay particular attention to frustration clauses. If they come before a court, these may have considerable commercial consequences depending on the courts’ interpretation.

The 2019 attacks have overshadowed what in ‘normal’ times might have been one of the biggest tanker stories in the Middle East* – the obtuse but fundamental changes in tanker trade patterns in the region. Complex finite analysis of tanker trades in the Middle East is revealing a changing pattern of trades that are increasing tanker ton-mile demand. Vortexa is an oil analytics company that is providing a comprehensive view of waterborne crude and refined oil product flows. Its web-based analytics platform shares detailed crude and refined oil product flows, which are produced by hard data, machine learning and other such technology, combined with the close oversight of senior energy market experts.

Its data shows that waterborne, clean refined product exports from the Middle East saw a slight annual decline in the first 10 months of the year, amid lower light ends outflows. Diesel exports however grew year-on-year, as refiners switched to increasing distillates production ahead of IMO 2020.

Middle East diesel exports in January-October 2019 ticked up from the previous year, likely as refiners shifted yields to raise diesel production at the expense of other clean products, such as jet fuel and naphtha. A desire for refiners to increase distillates production could also have been motivated by an anticipated rise in marine diesel demand before the shipping industry shifts to lower sulphur bunker fuels in 2020.

Meanwhile, the Onassis Group’s 2019-built VLCC Olympic Lyra is anchored offshore Dubai carrying around 180,000 tonnes of diesel. It is reported she has been loading diesel cargoes this month, likely ultra-low sulphur diesel, from tankers which loaded their respective cargoes from the Saudi port of Jubail.

On the light clean products side, Vortexa reports that regional naphtha exports were dented by a decline in naphtha exports from Saudi Arabia in the third quarter, amid the brief disruption to light crude oil production in the wake of the attacks on Saudi oil infrastructure in mid-September, while maintenance elsewhere in the region in the same quarter compounded the drop. Meanwhile, gasoline imports into the region notably dropped over the same period, as a result of lower combined intake by Saudi Arabia and the UAE.

Another feature of the Middle East tanker scene is the take up of newbuilding contracts by indigenous operators. The standout example is Bahri, the Saudi Arabia state-owned tanker company. Bahri, the owner of a fleet of 40 VLCCs with an average age of 10 years, has signed a vessel purchase agreement (VPA) with International Maritime Industries (IMI) and a subsequent sub-contract agreement with its long-term partner Hyundai Heavy Industries (HHI) to build a 319,000-dwt VLCC in Saudi Arabia.

The delivery of the first VLCC is expected in October 2021. Other agreements signed will ensure all parties pursue a series of long-term business activities, whether jointly or severally on the basis of a multilateral relationship.

The VPA builds on a memorandum of understanding (MoU) signed between Bahri, IMI, and HHI in June 2019. The MoU stipulated that Bahri will issue IMI its first VLCC order before the end of July 2019, with IMI engaging HHI as a sub-contractor to build the VLCC at its world-class facility in Ulsan, South Korea.

Commenting on the agreement, Bahri chief executive Abdullah Aldubaikhi said: “Our partnership with IMI and HHI represents a major step forward in the pursuit of our long-term goals, which will eventually translate into key milestones in the country’s transformation into an important regional and global logistics and transportation hub. The collaboration is also aimed at furthering our contribution to developing the Kingdom’s own indigenous shipbuilding industry. We will benefit from the transfer of technology and knowledge to develop, increase, and promote local content and create suitable job opportunities for our citizens, in line with the objectives of Saudi Vision 2030.”

Elsewhere, Oman Shipping has three VLCCs on order at Daewoo, due for delivery in 2020 and 2021. These will join a 16-strong-owned VLCC fleet which currently has an average age of just six years old. Acting chief executive officer Michael Jorgensen said during the recent delivery of bulk carriers to the company in China that the company was looking to diversify its relationship with China. In 2018, Oman expanded its trade with China by 40%, and given China’s hunger for oil and gas sources to substitute for Iranian and Venezuelan US sanctioned exports, the likelihood is that there will be more sovereign deals between Oman and China to push ahead with an increase in crude oil exports.

8 May 2018: US announces is it no long party to the Joint Comprehensive Plan of Action (JCPOA) agreed in July 2015 by eight parties to limit Iran’s nuclear programme.

5 November 2018: US reinstates all sanctions against Iran.

8 April 2019: Iran Revolutionary Guard Corp (IRGC) sanctioned by the US as a terrorist organisation.

12 May 2019: Four oil tankers suffer explosions while at anchor off the coast of Fujairah, UAE.

13 June 2019: Front Altair and Kokuka Courageous are hit by explosions in the Gulf of Oman.

5 July 2019: Iran threatens British vessels. Advisor to Iranian supreme leader Ayatollah Khamanei tweets: “If Britain does not release the Iranian oil tanker, it is the authorities’ duty to seize a British oil tanker.”

3 September 2019: Adrian Darya 1 located off Syria’s coast. According to VesselsValue, Adrian Darya 1 is one of five VLCCs managed by Royal Express Ship Management, based in the Dubai.