‘We can’t take it anymore’: As Lebanon economy skids, jobs in firing line 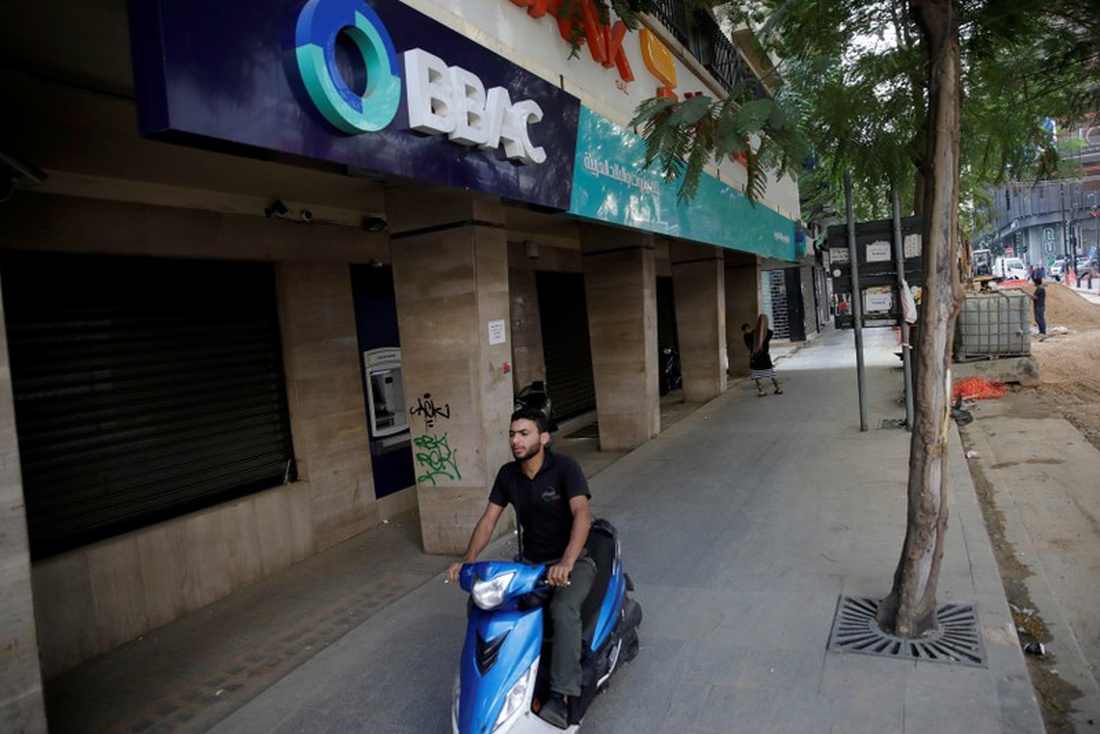 Beirut, Lebanon- Karim Daya was one of the last of his friends and family still in Lebanon. Now that his job is gone, he’s packing his bags.

“That’s it. It’s just getting worse and worse, and where are we headed? Nobody knows,” said Daya, 27, a graphic design graduate. “I’ll be very sad. But there’s no future for me here.”

His feelings reflect the frustration of many young Lebanese caught in the worst economic crisis since the 1975-90 civil war.

The coffee shop chain Daya worked at had struggled even before huge protests, driven by anger at corruption and cronyism, toppled the government last month. The latest turmoil dealt the fatal blow.

He plans to go to Bulgaria, where his sisters live, to look for work – a decision he had tried to put off. But with 37% of Lebanon’s youth already unemployed, the prospects are bleak.

Across Lebanon, banks are closed and business is grinding to a halt.

Beirut’s streets are lined with empty restaurants and shuttered shops. More and more companies have either gone bust or suspended work, firing workers en masse to try to survive.

Employees at 15 companies told Reuters they had been laid off or taken a pay cut in the past month, along with dozens of colleagues.

“This economic choking reached a point where it erupted,” said Pierre Boutros, an engineer who runs a contracting company and a furniture factory. “It’s a miracle that we’ve made it this far.”

He had to cut salaries and lay off dozens of workers in recent weeks. He will likely let more people go. The firm is down to 70 staff, from a peak of 425 people before 2016.

“Credit facilities stopped, there’s no cash…Traders who used to give you time now only deliver if you pay upfront. People don’t have the money to buy. At the end of the day, money is not coming in. We shrank.”

If the crisis drags on, Boutros may freeze work “for a month or two or three until it is solved,” he said. “Then dust ourselves off and get to work again.”

The losses for companies come after years of low growth, government paralysis, regional conflict, and capital inflows from abroad drying up.

Banks, which closed for half of October, have blocked most dollar withdrawals and transfers abroad to avoid capital flight. They shut again this week after a staff strike over safety fears as people demand access to their money.

The hard currency squeeze in turn has stymied trade, pushed people to stash cash at home, and pressured the Lebanese pound’s 22-year-old peg to the dollar.

Business owners say they must make most transactions in cash on the black market, where the pound has weakened to about 20% below the pegged rate. Suppliers now demand payments in dollars or in local currency based on an unofficial rate that changes by the trader and the day.

“We can’t take it anymore. I can’t spend on my children,” said Ali, a sales worker and father of two whose salary was cut in half. “There will be much more chaos if things keep going this way.”

Some families have stocked up on supplies like canned food, rice, and flour. Several people said their bank told them they must repay loans in U.S. dollars.

With a tiny industrial sector and few natural resources, the economy relies on imports and cash injections from Lebanese abroad, which have fallen in recent years, pressuring central bank foreign currency reserves.

Lebanon creates six times fewer jobs than its labor market needs and exports more graduates than any country in the Arab world, a 2019 government study said.

Amale’s three children all work abroad. A 60-year-old nurse, she lost her job at a hospital that laid off 40 people. “They might close down entire floors,” she said. “I cried a bit.”

Majd Chidiac, 23, a copywriter, was also laid off. “The people who haven’t left yet will leave. And those who can’t afford to leave, they’ll get stuck here and get poorer. It’s the sad reality.”