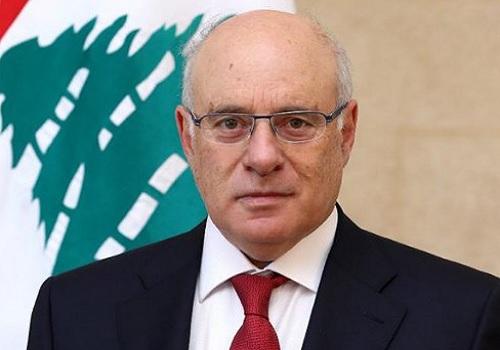 “I categorically deny any intention or desire or willingness to assume the position of Governor of the  Central Bank of Lebanon .”

He also challenged Elsyasseh ” to reveal the source of this fabricated information.”
I would also like to emphasise that what is required at this stage is to focus efforts on getting Lebanon out of its financial and economic crisis and not on finding worthless  positions if, God forbid, the Lebanese ceiling falls on everyone.

Abousleiman is  a very well know lawyer . As a forrmer Dechert London chairman , he  has over  30-year track record of advising on some of the most innovative and complex emerging market transactions. He advised sovereign, quasi-sovereign, corporate and bank issuers, underwriters and other transaction participants on a wide variety of debt and equity offerings, including medium-term note programmes, Eurobonds, Islamic financing, private placements, block trades and initial public offerings.

In addition, he  advised corporate, banking and hedge fund clients on a range of merger and acquisition transactions, including divestitures, auctions, tender offers, defensive strategies, going-private transactions and leveraged buy-outs.

Described as “very astute”,   Abousleiman led the team named Banking and Finance Team of the Year at Legal Week’s Middle East Legal Awards 2017. He was a finalist for the Financial Times Legal Innovator of the Year 2015 in Europe, hailed as a “driving force behind legal work in capital markets in the Middle East” and also led the team that won the Financial Times Most Innovative Law Firms for Finance Law Award in Europe in 2015.

In 2017 the International Financial Law Review honoured Abousleiman with its Lifetime Achievement Award at the IFLR Middle East Awards 2017, which recognized lawyers and legal teams that have broken new ground and set market precedent when structuring cross-border transactions.

Mr. Abousleiman was named a 2018 Dealmaker of the Year by The American Lawyer. The award program, which recognises “the deals that mattered most in 2017 and the attorneys who made them happen,” is widely considered one of the most respected legal accolades in the corporate world.