Coordination committee of Lebanon revolution warns against any delay in gov. formation

The “Coordination committee of the Lebanese Revolution” issued a warning on Sunday in which it blasted the ruling authorities over the delay in parliamentary consultations , reminding the president that the deadline for the consultations for forming a government remains Tuesday evening Nov 5, 2019 otherwise the protests will escalate throughout Lebanon
The committee also called for the continued closing of schools and universities and urged the protesters to protest in public squares in Beirut and major cities and regions until the formation of a government that meets the demands the Lebanese people .
The committee urged the revolutionary activists who have decided to start protesting on the main roads as of tonight to take into account the human considerations of the citizens. 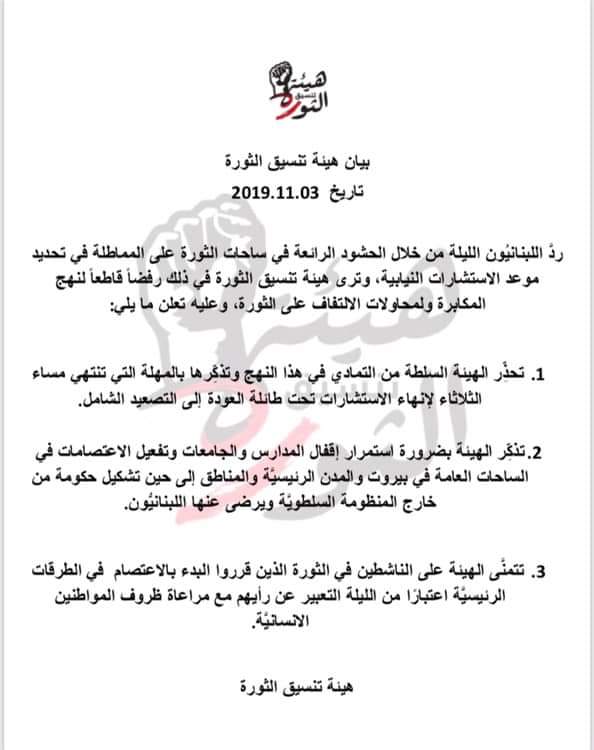