Iraq’s Top Cleric Warns Iran to Back off 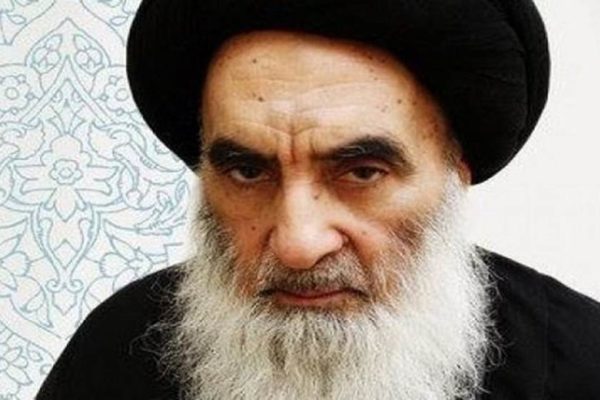 (Bloomberg Opinion) — To understand what Iraq’s Grand Ayatollah Ali al-Sistani is saying, you have to translate him twice: first from Arabic to English, then from politesse to plain-speak. In the first translation, a key passage from his Friday sermon in the holy city of Karbala went like this: “No person or group, no side with a particular view, no regional or international actor may seize the will of the Iraqi people and impose its will on them.”

The second translation: “Back off, Khamenei!”

That is how it would have sounded to Sistani’s audience in Karbala, where it was read out for the ailing octogenarian by an aide; in the streets of Baghdad and other Iraqi cities, where a bloody crackdown on largely peaceful protesters has taken more than 200 lives; in the Iraqi parliament, where lawmakers are negotiating a response to the demonstrations; and in Tehran, where Supreme Leader Ali Khamenei has been struggling to respond to the rising anti-Iran sentiment that undergirds uprisings in Iraq and Lebanon.

Khamenei has unleashed Iran’s proxies in the streets — Hezbollah in Lebanon, and Shiite militias in Iraq — to intimidate the protesters. He has also dispatched his chief enforcer, the Iranian Revolutionary Guards Corps commander Qassem Soleimani, to the Iraqi parliament, to rally Shiite parties behind the feckless Prime Minister Adel Abdul-Mahdi.

But if anything, these responses will only fan the anger in the streets against Iranian interference in Iraqi and Lebanese politics. Not even Khamenei, who is practiced in the art of ignoring popular resentment, can have failed to notice the anti-Iran slogans echoing through Iraqi cities. Nor will it have escaped his attention that the loudest chanting comes from Iraqi Shiites, a community he expects to favor his Islamic Republic.

The Supreme Leader’s anxiety was palpable in his tweets on Thursday, when he tried to blame Tehran’s usual suspects — “the U.S., the Zionist regime, some Western countries, and the money of some reactionary countries” — for the protests.

Sistani’s sermon was a riposte, designed to set Khamenei right. Although born in Iran, he is no fan of Khamenei and other hardliners in Tehran, preferring the likes of President Hassan Rouhani.

Iraq’s Grand Ayatollah has been in a quandary over the protests. Every Iraqi government since 2005 has had his personal imprimatur: His word has united factions among the Shiite majority. Prime Minister Abdul-Mahdi, too, has his blessing. As such, Sistani is complicit in the corruption and ineptitude that have brought the Iraqis into the streets.

His early pronouncements on the protests vacillated between bromides against corruption and calls on the protesters to abjure violence. But as the demonstrations have persisted, Sistani has grown progressively more critical of the government, blaming it for the violence.

His Friday sermon puts him squarely on the protesters’ side. In addition to interfering Iranians, the leaders who have long benefited from his validation came under attack. As the politicians in Baghdad struggle to devise a response that will satisfy angry Iraqis, the so-called sage of Najaf warned that Iraqis have a right to a “referendum on the constitution” to change how they are governed.

By invoking the prospect of a referendum, Sistani may have given the protesters a new focus for their energies, and Iraqi politicians a way to break the toxic pattern of inconclusive elections and compromise prime ministers. Much will depend on the reaction of another cleric, Moqtada al-Sadr, who has also taken the protesters’ side — even joining them in the streets — and has called for Abdul-Mahdi’s removal.

Sadr, frequently described as a firebrand, has little in common with the preternaturally placid Sistani. But the prospect of the protests being led by one and backed by the other is certain to rattle turbaned heads in Tehran. And if Sistani and Sadr were to throw their combined weight behind demands for a referendum — and who knows, maybe even inspire emulation by the Lebanese — that might be the stuff of Khamenei’s nightmares.