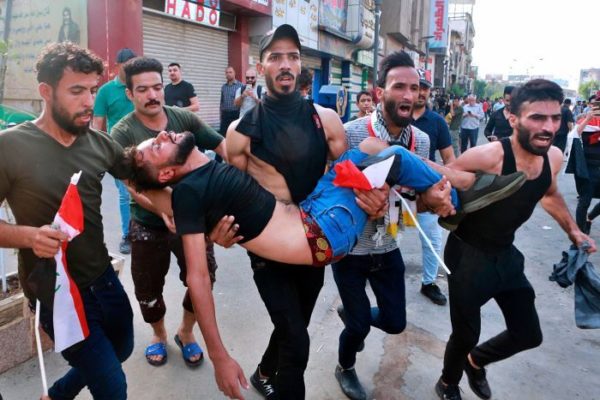 The Iraqi military previously had admitted that its forces had used “excessive force” in attempting to quell protests against government corruption, high unemployment and the lack of basic services such as clean water and electricity.

Eight members of the security forces also were killed in violent the protests.

Most of the dead or wounded civilians died of gunshot wounds to the head or chest, NPR’s Jane Arraf reports, adding that the protests were sparked by corruption, lack of jobs and poor public services.

“Iraq is one of the biggest oil producers in the world, but it has huge levels of poverty and unemployment and still more than a million people displaced from their homes,” Arraf notes. “The biggest protest in weeks is planned for Friday in Baghdad.”

The government panel blamed the deaths on poor leadership on the ground and not government policy.

“The committee found that officers and commanders lost control over their forces during the protests (and this) caused chaos,” the panel said in its report as quoted by Reuters. “There were no official orders from the supreme authorities to security forces to open fire toward protesters or use live ammunition at all.”

The panel’s report also said that the protestors had been targeted by sniper fire.

Prime Minister Adel Abdul-Mahdi has approved the panel’s recommendations to fire senior commanders in Baghdad and in several southern provinces. He also referred the cases to the judiciary for prosecution.