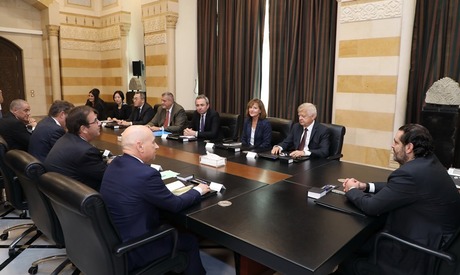 The International Support Group (ISG) for Lebanon on Tuesday called on Lebanese officials to satisfy the legitimate demands of Lebanese people, Prime Minister Saad Hariri’s office said in a statement.

The ISG asked Lebanese officials to work with Lebanese people on finding solutions to their problems without making any announcements that would trigger aggressive practices by protesters, it said.

The group issued its call during its meeting with Hariri at Grand Serail.

The ISG said it was informed by Hariri that the Lebanese army will keep on protecting those who are protesting “in a civilized manner.”

It has also expressed its support for Hariri’s reform measures while calling upon Lebanese officials to work to reduce corruption and money squandering.

Hariri announced a day earlier a number of reforms to overcome the current economic and social crisis after nationwide demonstrations against the government’s policies.

Among the most important reforms announced are a 2020 state budget with 0.6 percent deficit, reducing salaries for ministers and parliament members by 50 percent, and reducing the budgets for the Council for Development and Reconstruction and other public institutions by 70 percent, in addition to fighting against corruption. 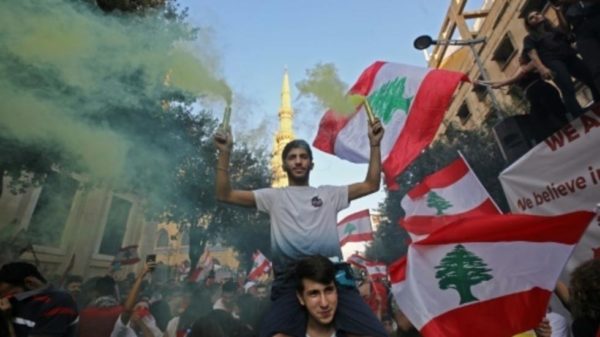 The ISG applauds “the democratic expression of the Lebanese people and their calls for just, social, responsible and acceptable deep reforms and changes that should substantially reduce corruption and waste (of public funds) and move away from sectarianism and should put government in full accountability and lead to sustainable development and stability. Their grievances must be addressed,” U.N. Special Coordinator Jan Kubis said , according to the statement issued by Hariri’s office.

“The ISG welcomes the largely responsible behavior of the Internal Security Forces and the Lebanese Armed Forces that notably since Saturday have respected people’s right to peaceful protest,” the U.N. official said.

“It takes note of Prime Minster Hariri’s commitment that the government and its legitimate security forces will continue providing protection to peaceful demonstrating civilians while taking appropriate action against possible instigators of violence, in protection of public and private property and institutions and right of people to peacefully express their opinion,” Kubis went on to say

He said the ISG urges the leaders and political actors of Lebanon to “listen to the legitimate demands of the people, to work with them on solutions and their implementation and to refrain from rhetoric and actions that could inflame tensions and incite confrontation and violence.”

“The ISG reiterates its strong support for Lebanon and its people, for its territorial integrity, sovereignty and political independence,” Kubis added.