FPM holds a rally in Hadath, Beirut in support of Bassil and president Aoun 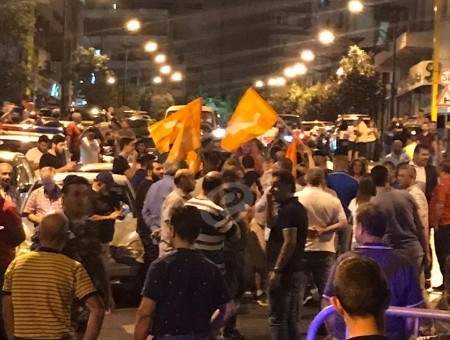 Aoun is the founder of FPM while his son-in-law Bassil is the current FPM chief.

Lebanon is currently witnessing the largest anti government demonstrations in the country since 2005, when Prime Minister Rafik Hariri – PM Saad Hariri’s father — was assassinated in a car bombing in Beirut. That triggered street protests against the Syrian military presence in the country, demonstrations known as the Cedar Revolution. Syria subsequently withdrew its forces from Lebanon.