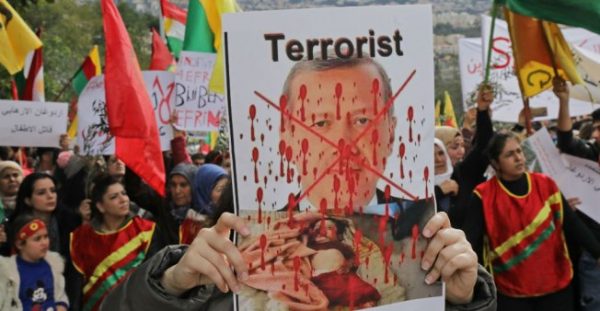 “WASHINGTON — In a major shift in United States military policy in Syria, the White House said on Sunday that President Trump had given his endorsement for a Turkish military operation that would sweep away American-backed Kurdish forces near the border in Syria.

Turkey considers the Kurdish forces to be a terrorist insurgency, and has long sought to end American support for the group. But the Kurdish fighters, which are part of the Syrian Democratic Forces, or S.D.F., have been the United States’ most reliable partner in fighting the Islamic State in a strategic corner of northern Syria.

Now, Mr. Trump’s decision goes against the recommendations of top officials in the Pentagon and the State Department who have sought to keep a small troop presence in northeast Syria to continue operations against the Islamic State, or ISIS, and to act as a critical counterweight to Iran and Russia. …

Mr. Erdogan has demanded a “safe zone” for his nation to run 20 miles deep and 300 miles along the Turkish-Syrian border east of the Euphrates. That area, he has said, would be reserved for the return of at least a million Syrian refugees now inside Turkey. Mr. Erdogan has threatened to send a wave of Syrian migrants to Europe instead if the international community does not support the initiative to send them back to Syria. “