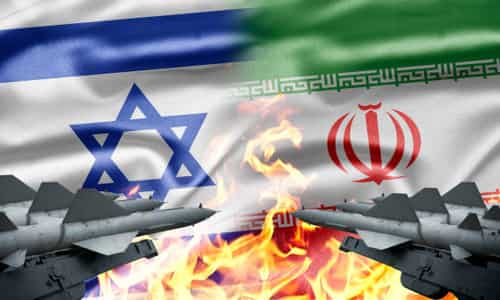 Jerusalem: An Israeli general has warned the “level of war” is approaching with Iran as tensions rage in the Middle East.

Brigadier General Dror Shalom issued the dire assessment of the situation as the war of words rages between the US, Saudi Arabia and Iran.

He also warned the  Islamic Republic is also capable of attacking them with cruise missiles.

General Shalom said it is “only a matter of time” until the Iranians try to strike at Israel.

Iran is known to have proxy forces throughout the Middle East aimed at destabilising the region to assert the regime’s power.

Tensions have exploded after the Iranians are accused of launching missiles and using drones to attack oil facilities in Saudi Arabia.

Tehran denies any involvement, but the US have told them they are “locked and loaded” despite insisting he doesn’t want another Gulf War.

General Shalom singled out Major General Qassem Soleimani as the mastermind of the assault on Saudi Arabia – and a potential attack on Israel.

Soleimani is the commander of the so-called Quds Force, who manage the Iranian “proxies” across the Middle East.

“In the end, when he [Soleimani] takes a hit to the nose, he wants to hit back, and he has taken some blows recently,” the general said.

“So my working assumption is that it’s only a matter of time until he tries.”

General Shalom said: “We’re living in a much more complicated reality, which is only getting worse.

“We are starting to approach the level of war.”

He added Israel – one of the US’s biggest allies in the Middle East – is approaching a “grey area” with Iran.

The commander said he feels “a lot less easy” and questioned whether their intelligence services could correctly predict an attack from Iran.

“We’re in a dangerous round with Iran, and we need to keep a strong grip on the wheel,” he said, reports Israel Hayom.

General Shalom warned about the capabilities of Iran’s cruise missiles and drones.

He said Iranian drones could fly more than 600 miles to strike at the across the Gulf.

And the commander raised concerns of progress of Tehran’s nuclear program, which Iran claims is simply for energy purposes not for weapons.

Iranian-allied Houthi rebels were initially blamed for the attack on the Aramco oil plants in Saudi Arabia, but the accusations have since shifted to single out Iran.

The attacks knocked out 5.7 million barrels of daily oil production for Saudi Arabia, or more than 5% of the world’s daily crude production.

Fears of a third Gulf War have flared since the US cancelled the so-called nuclear deal, exchanging reduced sanctions for a commitment for Iran not to develop nuclear weapons.

US President Donald Trump’s administration has now reimposed crushing sanctions, which have led to a series of clashes in the Middle East.

Britain’s foreign secretary Dominic Raab said the UK Government has also concluded Iran was behind the attack on Saudi Arabia.

He called for Iran to “come in from the cold” and start abiding by the terms of the nuclear deal.

“And, as the attacks on Aramco demonstrates, we must also bring into scope Iran’s wider destabilising activities.”

US secretary of state Mike Pompeo told reporters at the UN that the US wanted “a peaceful resolution with the Islamic Republic of Iran”.

Rouhani however refused to meet with the US President as long as sanctions remain in place. 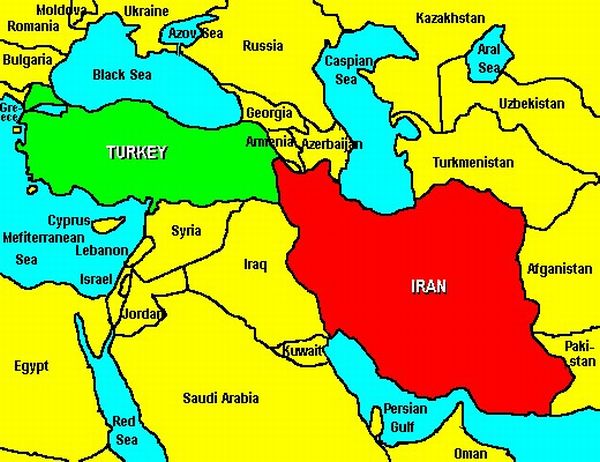 If Israel makes a strategic mistake, it has to collect bits and pieces of Tel Aviv from the lower depths of the Mediterranean Sea.”

Nilforoushan added that “Israel is not in a position to threaten Iran” and that “Iran has encircled Israel from all four sides.”

“Nothing will be left of Israel” in case of a conflict between the two countries, he vowed.

The commander also commented on the confrontation between Israel and Iran forces or proxies in Lebanon and Syria.

Earlier this year, Israel claimed responsibility for hundreds of strikes against Iranian targets in Syria.

Nilforoushan also stated that Hezbollah would “liberate northern Israel in case a war breaks out.”

“This will certainly happen, as Hezbollah has a good capability to do it,” he said.

According to Radio Farda, the general was born in 1966 in Isfahan and has also served as a “military adviser” in countries that are  members of the “Resistance Front,” as Iran refers to the Syrian battlefields.

“Israel lacks strategic depth,” Nilforoushan said, adding that because of it, “if only one missile hits the occupied lands, Israeli airports will be filled with people trying to run away from the country.”

According to military observers an Israeli-Iranian war could throw the Middle East into one of its most destructive clashes in modern history, one that could polarise the world’s powers, dragging in the US, a reliable ally of Israel, and Russia, Syria’s strongest ally and hence Iran’s strategic ally. While Iran  may  have encircled Israel, the US forces encircle all of Iran.