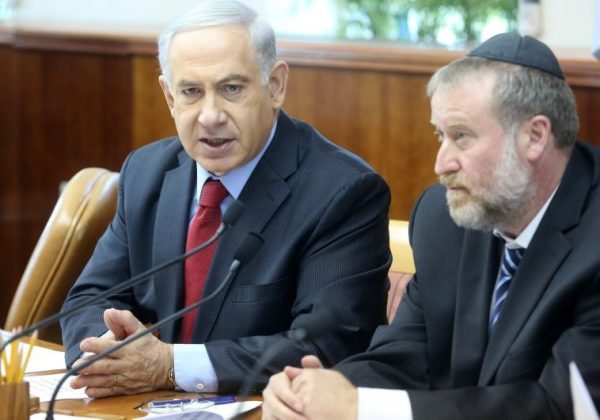 Israeli Prime Minister Benjamin Netanyahu on Thursday asked the attorney general to allow a live broadcast of his hearing next week ahead of his possible indictment for corruption because he has “nothing to hide.”

Netanyahu’s legal team is to present its arguments to the justice ministry on Wednesday and Thursday, after the attorney general in February said he intended to indict the premier for bribery, fraud and breach of trust pending the hearing.

Netanyahu’s request came a day after President Reuven Rivlin tasked him with forming a new government following September 17 general elections, which left neither him nor his opponent Benny Gantz with a clear majority to form a coalition.

“After three years of a deluge of leaks, misleading and partial, it’s time the public hears everything — my side too, completely and fully, without mediators, censors and distorters,” Netanyahu said in a video distributed by a spokesman.

“I therefore ask that the attorney general open the hearing to a live broadcast.”

Netanyahu denies all the accusations and has labelled them bids by his enemies to force him from office, which he has held for a total of over 13 years, the longest in Israeli history.

“There will be leaks anyway, we’ve seen 300 leaks already with no treatment or investigation. That practice will continue,” he said. “So why let the public be fed partial information only?”

“Not only do I have nothing to hide, I want everything to be heard,” he said, adding that a live broadcast was “how we can ensure justice and truth.”

Netanyahu is not expected to attend the hearing himself and will be represented by his lawyers.

The hearing gives Netanyahu’s legal team a final chance to defend him before Attorney General Avichai Mandelblit decides whether to move ahead with an indictment.

Netanyahu is not required to step down as prime minister if indicted, only if convicted with all appeals exhausted.