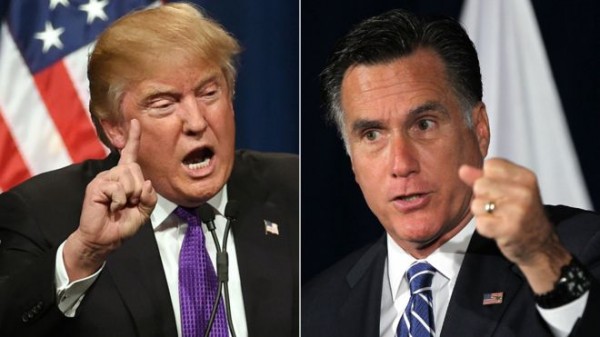 Several Senate Republicans were stunned Wednesday and questioned the White House’s judgment after it released a rough transcript of President Trump’s call with the Ukraine president that showed Trump offering the help of the U.S. attorney general to investigate Democratic presidential candidate Joe Biden.

One Senate Republican, who spoke on the condition of anonymity to speak candidly, said the transcript’s release was a “huge mistake” that the GOP now has to confront, even as they argue that House Democrats are overreaching with their impeachment effort.

A top Senate GOP aide said Senate Majority Leader Mitch McConnell (R-Ky.) is expecting Wednesday’s closed-door lunch to be eventful and possibly tense as Republicans react to the transcript and debate their next step.

Three Senate GOP aides said Wednesday that their bosses were grousing and frustrated by the White House’s decision and the sense that Republican lawmakers were being forced into the difficult position of defending Trump while contending with what many see as an alarming or at least problematic transcript.

But other Senate Republicans, allied with Trump, were dismissive. “Wow. Impeachment over this?” Sen. Lindsey O. Graham (R-S.C.) tweeted. “What a nothing (non-quid pro quo) burger.”

While many Republicans continue to dismiss Democrats’ impeachment efforts, cracks have begun to emerge privately as GOP lawmakers have discussed Trump’s conduct and their party’s political standing — and those fault lines could foreshadow how Senate Republicans ultimately handle a trial, should the House impeach the president, according to several lawmakers and aides.

In the rough transcript of the July 25 call, Trump told Ukrainian President Volodymyr Zelensky to work with the U.S. Attorney General William P. Barr to investigate the conduct of Biden and offered to meet with the foreign leader at the White House after he promised to conduct such an inquiry.

Those statements and others in the phone call between Trump and Zelensky were so concerning that the intelligence community inspector general thought them a possible violation of campaign finance law.

Trump has acknowledged publicly that he asked Zelensky to investigate Biden’s son, who served on the board of a Burisma, a Ukrainian gas company that came under scrutiny by authorities there.

Trump has denied doing anything improper, but lawmakers have raised concerns about his directive to freeze nearly $400 million in military assistance for Ukraine in the days leading up the phone call with Zelensky.

One early divide among Senate Republicans is between the “Burr camp” and the “Johnson camp,” according to two senior GOP aides who were not authorized to speak publicly, referring to Sen. Richard Burr (R-N.C.), the chairman of the Senate Intelligence Committee, and Sen. Ron Johnson (R-Wis.), the chairman of the Homeland Security Committee. Burr’s faction of the Senate GOP has a darker, frustrated view of Trump’s handling of Ukraine, while Johnson’s wing is more focused on probing Biden, the aides said.

During a closed-door Senate Republican lunch Tuesday, both Burr and Johnson underscored their own positioning in conversation with colleagues, who asked them whether their respective committees would launch investigations of Biden.

Burr told fellow Republicans he would not launch a Biden inquiry since it is not in his jurisdiction and said the Senate Foreign Relations Committee could handle matters that go beyond a whistleblower’s complaint about the president’s call, according to two people familiar with the exchanges who were not authorized to speak publicly. One of the people said Burr made clear he was “going to continue to protect his committee’s bipartisan reputation.”

Others who have expressed concern about the whistleblower complaint and pushed for more disclosure include Romney, the 2012 GOP presidential nominee who carries stature nationally in the party, even though he is still building relationships within the Senate that he joined earlier this year.

Romney’s willingness to pressure the White House has irritated Trump advisers, who cheered the president’s tweet this week about Romney’s 2012 defeat.

“I’d forgotten I’d lost, so I appreciate the reminder,” Romney joked to reporters.

But Romney’s willingness to speak out has “given cover” to Senate Republicans who also want to speak out even if more mutedly, one Senate GOP aide said, since he is taking the lead in asking pointed questions about Trump and the administration.

Johnson, meanwhile, told colleagues he would consider investigating Biden and Ukraine and said he took those issues seriously — a position that was strongly encouraged by several allies of Trump at the lunch, according to three people familiar with the conversations. When asked for comment late Tuesday about those discussions, Johnson said in a statement, “We have and will continue to gather information and conduct oversight on alleged misconduct within government agencies.”

Sen. Rand Paul (R-Ky.) said, “Biden is the one who threatened Ukraine’s aid, not Trump, and that has to be investigated.”

Most Trump allies, like Sen. Rick Scott (R-Fla.), have been railing against Democrats at every turn. “The first thing they think about when they wake up is impeachment,” he said.

The tensions between Senate Republicans who view the whistleblower complaint strictly as an intelligence matter and those who see it as part of a political “witch hunt” of Trump by Democrats are almost certain to continue, lawmakers and aides said, with McConnell having to navigate those dynamics and hold his members together amid the tumult.

McConnell faces reelection next year and is focused on keeping his Senate majority as the GOP defends 23 seats to the Democrats’ 12.

McConnell’s member-driven approach was evident early Tuesday when several Senate Republicans said they were unsure if McConnell would oppose the call by Senate Minority Leader Charles E. Schumer (D-N.Y.) to have the whistleblower complaint sent to the intelligence committees.

“I really thought Mitch would knock it down, because Chuck was putting it up. He hates everything Chuck does,” one veteran Republican senator said, who spoke on the condition of anonymity to speak candidly. “But he didn’t. He let Chuck’s resolution get through with unanimous consent.”

When the senator inquired about McConnell’s decision, he was told McConnell was following the requests from his members to receive more information.

McConnell also saw up close at Tuesday’s lunch how many Senate Republicans, while publicly rallying around the president, are asking the White House to share more information. Even Trump allies asked White House legislative affairs director Eric Ueland, who attended the Tuesday lunch, to give more documents to Congress, according to aides and lawmakers present.

But McConnell is not yet preparing for a Senate trial, with some of his longtime allies holding out hope that impeachment fades in the House. McConnell’s associates said this week he has not begun internal planning for an impeachment trial, logistically or politically.

“Zero. None. No discussions of a trial. You prepare for the probably, not the improbable. I just can’t imagine a universe in which they end up doing that,” Sen. John Cornyn (R-Tex.) said. “Nancy Pelosi is simply too shrewd to let things get out of control.”

Democrats are looking ahead, but remain unsure of whether Senate Republican support for Trump would ever crumble.

“An impeachment trial would be challenging, but the Senate is more than capable of rising to the occasion, and I hope my Republican colleagues would be capable of breaking their silence and stepping forward,” Sen. Richard Blumenthal (D-Conn.) said. “This is truly a time of reckoning.”