Nissan CEO Saikawa resigns. The company has been struggling ever since Ghosn was ousted 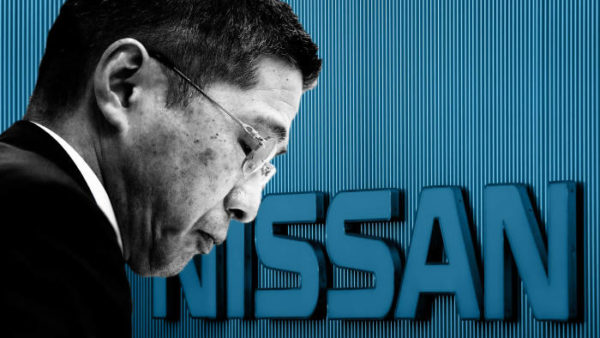 Nissan Motor Co CEO Hiroto Saikawa resigned from his post  after admitting to overpayment of remuneration and his successor, to be picked next month, will face immense pressure to revive profitability and repair ties with alliance partner Renault SA.

Chief Operating Officer Yasuhiro Yamauchi, a 63-year-old longtime Nissan director, has replaced Saikawa, 65, as acting CEO while Nissan’s nomination committee led by an outside director is in the process of selecting a permanent successor by the end of October.

The company has been struggling since the arrest of former Chairman Carlos Ghosn in November last year over alleged financial misconduct, and the successor will be tasked with strengthening ties with Renault to survive in the fast-evolving and fiercely competitive auto industry.

Relations with Renault have been tense since the arrest of Ghosn, who was also CEO of the French carmaker and was a crucial linchpin in the Japanese-Franco alliance.

Seeking greater influence over one of the world’s biggest auto groups, Renault had sought a merger with Nissan, an idea Saikawa has said he rejected.

The French company also pushed for Nissan’s support in its planned merger with Fiat Chrysler Automobiles N.V., but the plan was dropped due to the cautious attitude of the Japanese automaker and opposition from the French government, Renault’s largest shareholder.

Hit by sluggish performance in its mainstay U.S. market, Nissan is struggling to overcome an earnings slump, having posted a record-low operating profit for the April-June quarter.

The second-biggest Japanese carmaker by volume has announced a cut of 12,500 jobs over the next three years, departing from Ghosn’s expansionist business strategy that the company’s current management says focused excessively on numerical goals.

Saikawa, who assumed the CEO post in April 2017, said on Sept. 9 he had agreed to a proposal from the board for him to resign. He had just been re-elected as Nissan CEO at a shareholders’ meeting in June.

The board said that an in-house investigation’s conclusion that Saikawa was overpaid roughly 47 million yen ($434,000) through an equity-linked remuneration scheme in 2013 was a “grave” governance issue that warranted an “immediate resignation.”

Yamauchi, Saikawa’s close aide, was among the directors that pushed for his early resignation at the board meeting on Sept. 9.

Even before the overpayment issue surfaced, there had been calls among some shareholders and Nissan officials for Saikawa, who was a lieutenant of Ghosn, to step down for overlooking the alleged financial misconduct of his former boss and for Nissan’s poor business performance.

The six-member nomination committee, which is led by outside director and former senior economy ministry official Masakazu Toyoda and includes Renault Chairman Jean-Dominique Senard, has narrowed candidates for a permanent CEO to around 10 from about 100.

Toyoda said the new leader should “have deep understanding and great interest in Nissan’s alliance with Renault and Mitsubishi Motors Corp.”

The change of Nissan’s top post is increasingly clouding the prospects of furthering talks between Nissan and Renault to review their capital alliance structure.

Such talks were launched under Saikawa, who viewed the two-decades-old arrangement as unequal. Renault, backed by the French government, has a 43.4 percent stake in Nissan, which owns a 15 percent, non-voting stake in the French carmaker.

Yamauchi, a graduate of the International Christian University in Tokyo who joined Nissan in 1981, developed his career in the parts procurement like Saikawa. He assumed the COO post in May this year and also sits on Renault’s board.