Netanyahu rival Benny Gantz declares victory: His party has come out on top in Israel election 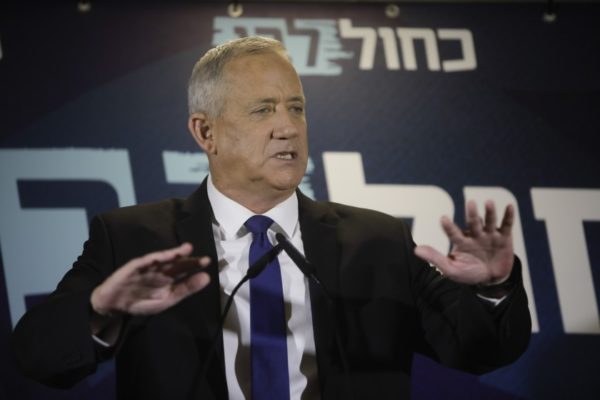 Benny Gantz, a former military chief of staff who emerged as the most formidable challenger to Israeli Prime Minister Benjamin Netanyahu, declared Thursday that his party had won the most seats in the Knesset, with about 98% of the ballots counted.

But as jockeying between Gantz and Netanyahu began, neither of the men appeared close to winning the parliamentary majority they would need to form a government, and weeks of arcane negotiations are expected to start next week.

Official figures have not yet been released, but Gantz’s Blue and White party held two seats more than Netanyahu in the tight race. The Electoral Commission in Israel only releases voting figures, without any declarations of a winner.

Gantz, 60, will have to find political partners in order to form a government, and he responded coolly to an overture from Netanyahu, who suggested their two parties team up.

Gantz and his opposition party have held a steady lead over Netanyahu and his conservative Likud party as the count has proceeded.

The Electoral Commission in Israel only releases voting figures, without any declarations of a winner.

On Thursday, Israel spun into political melodrama as Netanyahu attempted to grab the momentum ahead of coalition negotiations to form a government even as Gantz appeared to be cementing his slight lead.

Netanyahu began the day by securing the signatures of all right-wing party leaders on a document of loyalty, in which they committed only to join a government under his leadership.

Immediately, he posted a video beseeching Gantz to join him in a national unity government, bringing the two largest parties in Israel together under one roof — under his leadership.

Gantz campaigned on the promise that he would not join any government with the participation of Netanyahu, who is under a legal cloud as he confronts imminent indictment on several corruption charges.

Gantz rejected Netanyahu’s overture, saying that as head of the largest party in Israel, he planned to “lead a government of national unity and liberalism.”

Netanyahu expressed his “disappointment” at what he called Gantz’s recalcitrance in the face of a national need for unity.