Netanyahu fights for political life a week before Israel votes 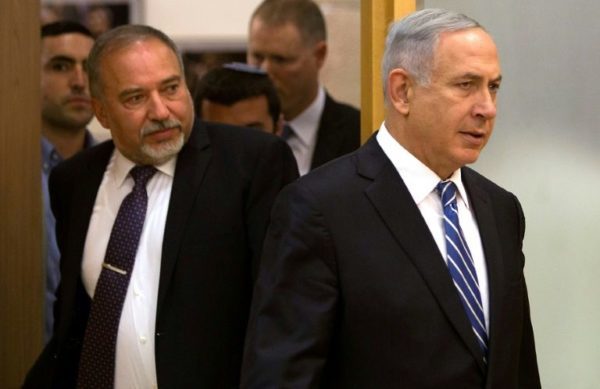 Israel heads into the final week of campaigning Monday for an unprecedented second general election in five months, with Prime Minister Benjamin Netanyahu battling for political survival while facing a potential corruption indictment.

With the September 17 vote looming, Netanyahu and his right-wing Likud have drawn outrage from opposition parties with a push for last-minute legislation that would allow party officials to bring cameras to polling stations.

His critics have labelled it a naked attempt to depress turnout among Israel’s Arab population, as it could intimidate many into staying away.

They also point out that it could serve to energise Netanyahu’s base of right-wing voters due to his warnings — so far unfounded — that the election could be stolen.

The Likud chief says he is only interested in protecting the integrity of the vote and preventing irregularities.

But the main opposition Blue and White centrist alliance’s leader Benny Gantz retorted: “The only fraud in our political system is Netanyahu.”

The veteran premier has used similar tactics in the past, including warning on election day in 2015 that Israeli Arabs were voting in “droves,” a comment for which he later apologised.

Parliament had planned to hold the first of three required votes on the bill on Monday, but it failed to receive necessary backing from a committee and its future was unclear.

Gantz vowed to vote against it, and ex-defence minister Avigdor Lieberman said his nationalist Yisrael Beitenu would do the same.

The bill would allow election supervisors from political parties to bring cameras to polling stations, though not inside voting booths.

Netanyahu’s camera legislation comes as he struggles to remain in office and continue his reign as Israel’s longest-serving prime minister.

After April elections, Likud along with its right-wing and religious allies won a majority of seats, but Netanyahu was unable to form a governing coalition, suffering one of the biggest defeats of his political career.

He was unable to do so because he could not convince his old nemesis Lieberman to abandon a key demand and join the government.

Netanyahu then opted to move toward a second election rather than risk Israeli President Reuven Rivlin choosing someone else to try to form a government.

Lieberman has only gained in support since the last election, opinion polls show, and Netanyahu may face a similar conundrum after the upcoming vote.

His main challenger is ex-military chief Gantz and his centrist alliance, as was the case in April.

Netanyahu has once again sought to highlight his links with world leaders, posting giant posters of himself alongside US President Donald Trump and Russian President Vladimir Putin.

He says he hopes to visit Russia later this week to hold talks with Putin.

Ahead of April polls, Trump made controversial moves seen as backing Netanyahu, including recognising Israeli sovereignty over the occupied Golan Heights.

So far Netanyahu has not benefited from similar decisions in the run-up to next week’s vote.

Gantz has sought to maintain a stoic presence as part of a campaign to present himself as someone Israelis can trust on security issues.

He has criticised Netanyahu’s approach to the Gaza Strip, where UN and Egyptian officials have negotiated a truce between Islamist movement Hamas and Israel.

But his main approach has been to argue that he can restore dignity to the prime minister’s office after years of investigations into Netanyahu’s affairs.

Israel’s attorney general has said he intends to indict Netanyahu on charges of fraud, bribery and breach of trust, pending a hearing expected in early October.

Netanyahu is not required to step down if indicted — only if convicted with all appeals exhausted.

Gantz, who has ruled out serving in a government with a prime minister under indictment, has sought to convince other members of Likud to abandon Netanyahu and form a unity government with his Blue and White, so far without success.

The two sides won 35 seats each in the last election, but a majority of lawmakers endorsed Netanyahu as prime minister.

It is not clear whether Lieberman will endorse Netanyahu again.