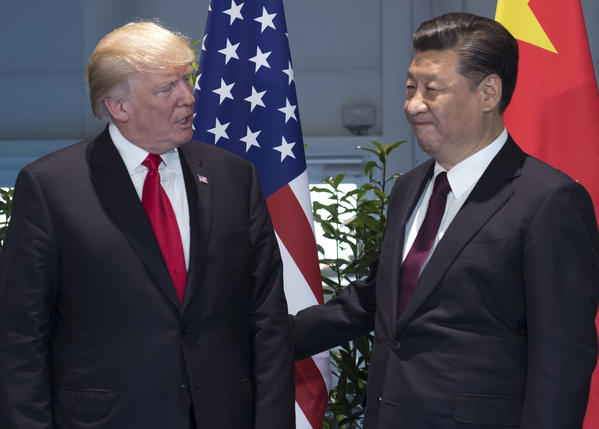 President Donald Trump on Friday counterpunched against retaliatory tariffs announced by Beijing earlier in the day, pledging to hike the rates importers must pay on Chinese-made goods even higher.

Trump said the US will raise tariffs from 25% to 30% on $250 billion in goods that are already being taxed starting October 1.

He also threatened to ratchet up promised tariffs on the remaining $300 billion in Chinese imports from 10% to 15%. Those tariffs, which would hit mostly consumer items, are set to begin taking effect September 1, though most goods will be duty-free until December 15 — a move Trump made to avoid putting a damper on holiday retail sales.

The President’s announcement came after Beijing unveiled a new round of retaliatory tariffs on about $75 billion worth of US goods. China will place additional tariffs of 5% or 10% on US imports starting on September 1, according to a statement posted by China’s Finance Ministry.

It was the latest escalation in an ongoing trade war that has triggered a worldwide economic slowdown and which, for the moment, shows no sign of quick resolution.

“China should not have put new Tariffs on 75 BILLION DOLLARS of United States product (politically motivated!),” Trump said on Twitter.

The intensifying fight unnerved investors, sending the Dow dropping more than 700 points at its worst, closing down 2.4%, or 623 points.

The US Trade Representative Office, which acts as the country’s top trade negotiator, said it would “begin the process of increasing the tariff rate to 30% effective October 1 following a notice and comment period.”

Earlier Friday, Trump ordered US companies doing business in China to find an “alternative” and had promised to deliver further action after he met with his economic team at the White House.

“We don’t need China and, frankly, would be far better off without them,” Trump tweeted. “Our great companies are ordered to immediately start looking for an alternative to China, including bringing your companies HOME.”

China trade experts said the moves will only deepen the impasse between Washington and Beijing.

“Everyone knew this was coming,” said Craig Allen, president of the US-China Business Council. “There was no doubt this was coming. The response to it is surprising and disappointing. ”

Stocks finished a volatile trading day sharply in the red Friday, after a selloff driven by the new retaliatory tariffs from China and the President’s criticism of Federal Reserve policy.

“My only question is, who is our bigger enemy, Jay Powell or Chairman Xi?” the president tweeted referring to Chinese leader Xi Jinping.