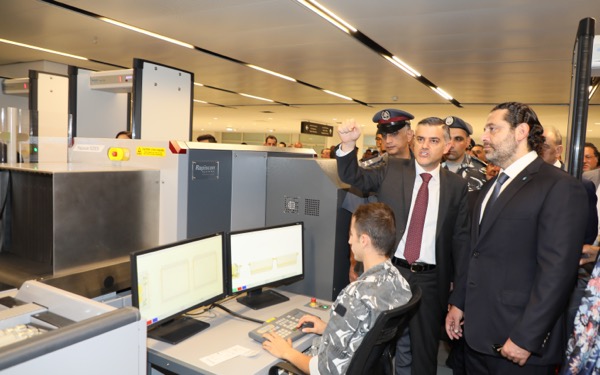 Lebanon Prime Minister Saad Hariri inaugurated  on Tuesday the second expansion phase of the Rafik Hariri International Airport in Beirut as he landed in Beirut returning from a visit to the United States in move aimed at easing  congestion at the airport.

Six new scanners were added to the two existing ones in the departures area.

The first phase in July added  baggage scanners and 12 General Security counters to the 22 existing  in the departures area.