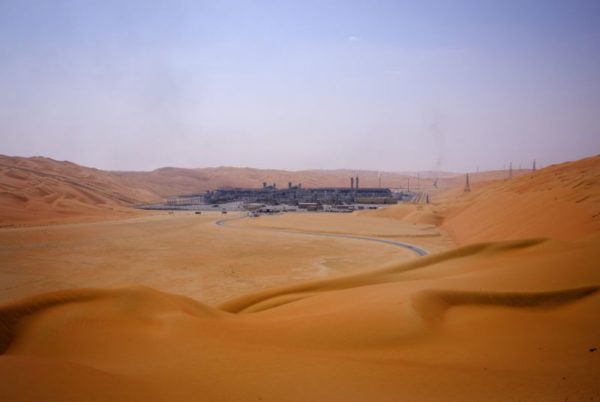 Saudi Arabian Oil Co., or Aramco as the company is known, extinguished a small fire at a natural gas liquids plant at Shaybah on Saturday morning, it said in a statement. There were no casualties and oil operations were not interrupted by the incident.

“We will provide further details as they become available,” the company said.

Yemen’s Houthi rebel leader Abdul Malik al-Houthi claimed responsibility for the attack in a televised speech which was aired via the rebel-held Saba news agency. The Houthi leader said the group launched the assault on the oil and gas facilities with 10 drones. This was done to deliver an “important message” to the members of the Saudi-led coalition in Yemen, he said.

Al-Falih called the incident “a terrorist attack,” in a statement published on the Saudi Press Agency website.

“Saudi Arabia condemns in the strongest terms this cowardly attack, and affirms that this action of sabotage is a continuation of the series of vulgar attacks targeting the global oil supply chain that including those that were recently launched against oil pipelines in the Kingdom and tankers in the Arabian Gulf amongst others,” Al-Falih said in the statement.

State-owned Aramco calls the Shaybah oilfield “the most remote treasure on Earth.” The field was discovered in the middle of the Rub’ al-Khali desert in 1968, but there were enormous difficulties bringing it on stream. Ecological challenges, including sand dunes standing more than 300 meters (984 feet) high and summer temperatures of almost 50 degrees Celsius (122 degrees Fahrenheit) delayed crude production until 1998.

Shaybah pumps some of the highest quality oil the kingdom is able to produce, akin to the crude pumped from the shale fields in the Permian. The field holds about 14.3 billion barrels of extremely valuable Arabian Extra Light Oil reserves — equal to about 5% of the kingdom’s total reserves.

The field is in one of the most remote corners of Saudi Arabia — so remote it’s called the “Empty Quarter” — and linked to the main export terminals by a 645-kilometer (401 miles) pipeline.