Trump links China trade deal to to action in Hong Kong, offers to meet with Xi 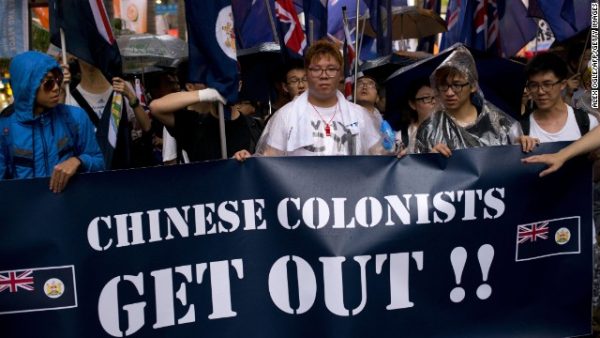 President Trump has proposed a meeting with Chinese leader Xi Jinping to discuss how to “humanely solve” months of protests that have racked Hong Kong.

In a Wednesday evening tweet, Trump called Xi “a great leader who very much has the respect of his people.”

“He is a good man in a ‘tough business,'” the president added. “I have ZERO doubt that if President Xi wants to quickly and humanely solve the Hong Kong problem, he can do it. Personal meeting?”

Trump’s remarks came after some ten weeks of pro-democracy protests that have frequently devolved into clashes with police, paralyzing the Asian financial hub. Most recently, thousands of demonstrators occupied Hong Kong’s international airport, causing the cancellation of hundreds of flights.

The president’s tweet on Wednesday suggested that Hong Kong’s unrest was Beijing’s to solve, ignoring an agreement between London and Beijing that led to the 1997 handover of the former British colony. The agreement is meant to guarantee the territory’s right to its own laws, police force and judiciary. The deal, known informally as “One China, Two Systems,” remains in effect until 2047.
Although Beijing had no immediate reply to Trump’s tweet, Hu Xijin, the editor of the People’s Daily, a tabloid run by China’s ruling Communist Party, tweeted that the U.S. president “hasn’t linked trade talks with [the] Hong Kong problem. It won’t work even if he does so.”
Trump’s remarks came on the same day and in contrast to a State Department statement that it was “deeply concerned” about China respecting Hong Kong’s autonomy.
NPR
Share: