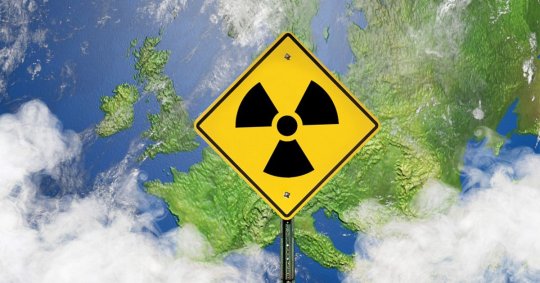 The mysterious incident in 2017 was the worst release of radioactive material since Fukushima (Image: Getty)
Share:

Russia has been blamed for a nuclear accident which caused a huge cloud of radioactive material to float across Europe. In 2017, scientists across the continent detected a plume containing the isotope ruthenium-106 in a number of countries. Now a study has traced the cloud back to a site in the southern Urals, which is where Russia’s Majak nuclear facility is located. It’s likely the material leaked from a reprocessing planet, although its exact origin is ‘difficult to determine’. A total of 70 experts contributed to the report, which was published in the Proceedings of the National Academy of Sciences of the USA (PNAS) journal. Professor Georg Steinhauser from the University of Hanover said: ‘We measured radioactive ruthenium-106. ‘The measurements indicate the largest singular release of radioactivity from a civilian reprocessing plant.’

In the autumn of 2017, a cloud of ruthenium-106 was measured in ‘many European countries’ with a maximum radiation level of 176 millibecquerels per cubic meter of air, which were up to 100 times higher than the total level measured in Europe after the Fukushima incident. Even though it was the most serious release of radioactive material since Fukushima in 2011, the public ‘took little notice of it’ and Russia has not admitted responsibility. The Majak facility was already involved in the second-worst release of nuclear material in history, which took place in 1957 and was second only to Chernobyl in severity. During the incident, a  tank containing liquid waste from plutonium production exploded and caused ‘massive contamination of the area’. The latest accident is now believed to have taken place at some time between 6pm on September 25 and noon the next day – which is almost 60 years from the 1957 leak. ‘This time, however, it was a pulsed release that was over very quickly,’ added Professor Steinhauser, pointing out that the releases from Chernobyl or Fukushima lasted for days. ‘We were able to show that the accident occurred in the reprocessing of spent fuel elements, at a very advanced stage, shortly before the end of the process chain. ‘Even though there is currently no official statement, we have a very good idea of what might have happened.’ Nuclear reprocessing involves separating usable scraps of fuel from waste. Levels of radiation in the cloud were not high enough to harm human health. Share this article via facebook