The Democratic-led House has voted to condemn President Donald Trump’s tweets telling four Democratic congresswomen of color to “go back” to their countries of origin.

Tuesday’s vote was 240-187 and was solidly opposed by Republicans. It came after Trump and top congressional Republicans denied he is a racist and urged GOP lawmakers to oppose the Democratic measure.

The resolution says the House “strongly condemns” Trump’s “racist comments that have legitimized and increased fear and hatred of new Americans and people of color.” 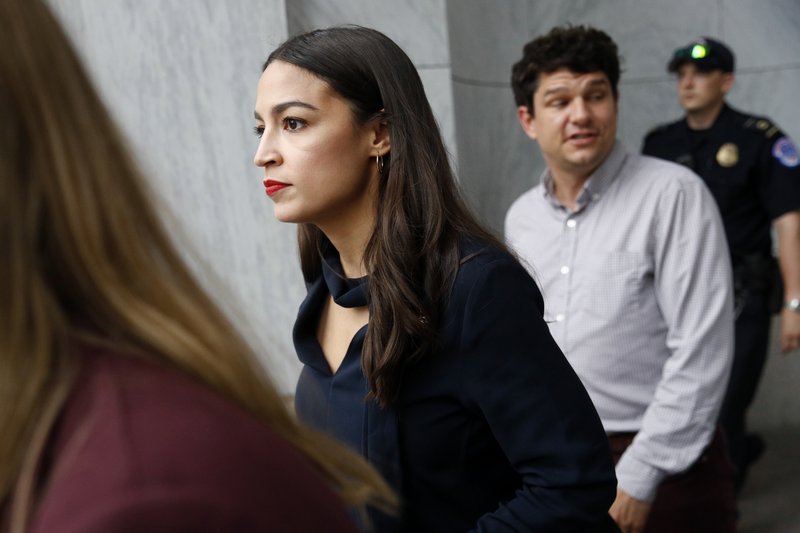 Republicans say Democrats are using the uproar over Trump’s comments to score political points. But Democrats say such comments were revolting and needed to be vilified, especially coming from the president.

Trump didn’t back down and tweeted that lawmakers unhappy with the U.S. “can leave.”

A Texas Democrat says he will file articles of impeachment against President Donald Trump as soon as Tuesday evening, a move that could force a politically fraught vote by the end of the week.

Rep. Al Green says he will file the articles of impeachment after the House votes on a resolution that would condemn Trump for tweets that four Democratic congresswomen should “go back” to their home countries. All are Americans.

In response to those tweets, Green says “enough is enough.”

Under House rules, a single member of the House can force an impeachment vote. Green did so twice, unsuccessfully, when Republicans controlled the House.

An objection by House Republicans to Speaker Nancy Pelosi’s remarks criticizing President Donald Trump’s tweets against Democratic congresswomen of color has delayed for more than an hour the chamber’s debate over a resolution condemning Trump’s words.

During a floor speech, the California Democrat said Trump’s tweets were “disgraceful and disgusting and the comments were racist.” She said Republicans should join Democrats in condemning “the president’s racist tweets” and to not do so would be “a shameful abdication” of lawmakers’ oath of office.

Rep. Doug Collins says Pelosi’s words should be stricken from the House record, a rare procedural move. But its importance was escalated in a fight that pits Democrats against the president.

In an unusual move, Democratic Missouri Rep. Emanuel Cleaver, who was overseeing the debate, stormed away from the presiding officer’s chair. “We want to just fight,” he said as he stormed off.

Senate Majority Leader Mitch McConnell says President Donald Trump is “not a racist” after Trump tweeted over the weekend that four congresswomen of color should return to their native countries. All of the congresswomen are American citizens.

McConnell said at a news conference Tuesday that political rhetoric has gotten “way, way overheated across the political spectrum.” He pointed to Democratic comments, saying “we’ve seen the far left throw accusations of racism at everyone.”

He also took a mild swipe at Trump, saying everyone “from the president to the speaker to the freshmen members of the House” should take a lesson from the late Supreme Court Justice Antonin Scalia, who said he attacked ideas, not people.

Ben Carson is standing by President Donald Trump amid an ongoing uproar over Trump’s tweets urging four Democratic congresswomen of color to return to their countries that have been widely labeled racist.

Carson, the Secretary of Housing and Urban Development and the only black member of Trump’s Cabinet, praised the president publicly at a Tuesday Cabinet meeting.

He’s thanking Trump for his “incredible courage,” ″stamina and resilience from unwithering criticism, unfair criticism all the time.”

Carson is also asking whether people would “rather have a non-politician” in office “whose speech is unfiltered who gets a lot of stuff done or somebody with a silver tongue who gets nothing done.”

And he says he believes that “God is using” Trump.

Trump has defended his comments, insisting they “were NOT Racist.”

A Senate Republican who is likely to face a competitive reelection race next year says he disagrees with President Donald Trump’s racist tweets that suggested four House women of color “go back” to where they came from.

Colorado Sen. Cory Gardner was asked Denver-area KOA NewsRadio early Tuesday about Trump’s tweets and replied: “I disagree with the president. I wouldn’t have sent these tweets.”

Gardner has a complicated history with Trump but has endorsed the president’s reelection bid. Hillary Clinton won Colorado by 5 percentage points in the 2016 presidential election.

Trump’s tweets and remarks have put Republicans on the defensive as they defend their Senate majority. All four of the Democratic women are American citizens elected to Congress last year.

House Speaker Nancy Pelosi says Democrats are offended by what President Donald Trump he has said “about our sisters.”

That’s what the California Democrat has told colleagues at a closed-door meeting. Their gathering came hours before a planned House vote condemning Trump’s “racist” tweets saying four congresswomen of color should return to their native countries. In fact, all are American.

Pelosi says the House resolution is about “who we are as a people” and recognizes “the unacceptability of what his goals were.”

Pelosi’s defense of the congresswomen came as she and the four freshmen have feuded over their opposition to bipartisan border legislation the four felt left the Trump administration’s treatment of migrants too unconstrained.

Pelosi’s remarks were recounted by an aide who attended the session and who spoke on condition of anonymity because the aide wasn’t authorized to speak on the record.

President Donald Trump says his tweets telling four female Democratic lawmakers of color to “go back” to the broken countries from which they came were “NOT Racist.”

Trump sought to defend himself Tuesday, a day after saying he wasn’t concerned that critics considered the tweets to be racist. Trump tweeted Tuesday: “Those Tweets were NOT Racist. I don’t have a Racist bone in my body!”

Trump also criticized plans by the House to vote on a resolution condemning his comments. He called Tuesday’s expected vote on the resolution a “Democrat con game” and said Republicans “should not show ‘weakness’ and fall into their trap.”

Trump says the vote should instead be on the language used by the congresswomen.

House Democrats are planning a vote on a resolution that condemns President Donald Trump’s racist comments about four congresswomen of color.

The proposed measure says Trump’s words “have legitimized and increased fear and hatred of new Americans and people of color.”

A defiant Trump followed his weekend tweets about the women going back to their “broken” countries with remarks Monday that they should get out of the U.S. “right now.” All are American citizens and three native-born.

Trump also shrugged off the criticism his remarks have drawn, saying that many people agree with him and “love it.”

A rumble of discontent surfaced from some Republicans — but notably not from the party’s congressional leaders.