Insurance rates ‘increased 10-fold’ after attacks in the Strait of Hormuz, report 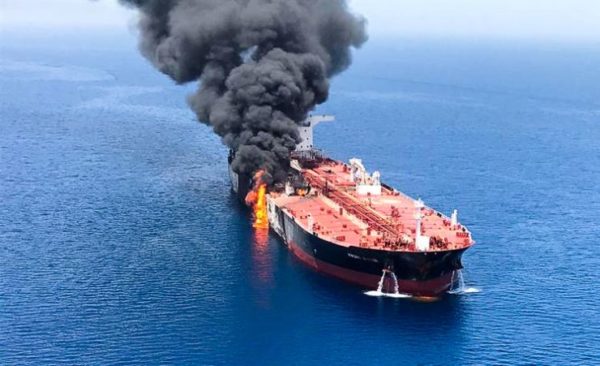 Insurance rates for tankers transiting through the world’s most important oil choke point have skyrocketed in recent weeks, according to the CEO of a U.S.-listed shipping company.

Six oil tankers and a U.S. spy drone have been attacked since May either in, or near, the Strait of Hormuz — a strategically important waterway which separates Iran, Oman and the United Arab Emirates.

“As a shipping company and part of the global shipping industry, we are taking the threat to our crew and ships very seriously,” Anthony Gurnee, CEO of Ardmore Shipping, told CNBC’s “Squawk Box Europe” on Tuesday.

Ardmore Shipping is a U.S.-listed company based in Ireland, with a business of owning and operating a fleet of tankers that move refined oil products.

“At the moment, it is business as usual (but) insurance to transit the Strait of Hormuz has actually increased 10-fold in the last two months as a consequence of the attacks,” Gurnee said.

Every ship needs various forms of insurance, including annual war-risk cover as well as an additional ‘breach’ premium when entering high-risk areas. These separate premiums are calculated according to the value of the ship, or hull, for a seven-day period, Reuters reported.

Last month, a Nikkei Asian Review report citing Japanese industry sources said additional insurance for tankers sailing through the Strait of Hormuz now cost 10 times what it did before two ships were attacked earlier in June.

CNBC has not been able to independently verify these sources.

The Nikkei Asia Review report said insurers began imposing an additional charge of 0.025% of ship value on tankers transiting through the Strait of Hormuz after four tankers were attacked off the coast of the United Arab Emirates in late May. This extra charge has since jumped up to 0.25% since the June 13 attacks, the report added.

Why is the Strait of Hormuz so important?

The Strait of Hormuz — located between the Persian Gulf and the Gulf of Oman — is seen as one of the most important waterways in the world, linking crude producers in the Middle East with key markets in the rest of the world.

It plays a pivotal role for Asian economies that are heavily dependent on oil imports from the Middle East.

Flows through the narrow channel in 2018 made up about one-third of total global seaborne traded oil. More than one-quarter of global liquefied natural gas trade (LNG) also transited the Strait of Hormuz last year.

Daily oil flow in the Strait of Hormuz averaged 21 million barrels per day in 2018, according to the U.S. Energy Information Administration (EIA). That’s the equivalent of about 21% of global petroleum liquids consumption.

Last month, Trump suggested the U.S. could stop providing protection to other ships in the Strait of Hormuz.

The prospect of the U.S. lessening its role in the strategically important waterway indicated a weakening of a nearly 40-year-old U.S. policy to defend national interests in the Persian Gulf.

In response to Trump, Japan’s chief cabinet secretary, Yoshihide Suga, reportedly said late last month that the safety of shipping in the Strait of Hormuz was “a matter of life and death for our country in terms of energy security.”