British ambassador to US : Trump ‘inept,’ ‘incompetent’, his ‘career could end in disgrace’ 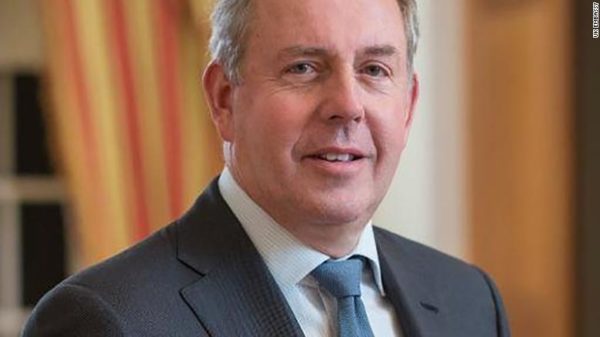 Britain’s ambassador to the United States reportedly described President Trump as “incompetent” and “inept” in newly-unearthed memos and notes sent to the British Foreign Commonwealth Office.

In the memos, first reported by the Daily Mail on Saturday and later confirmed by CNN, Sir Kim Darroch describes conflicts within the Trump administration as “knife fights” and said he doesn’t believe the White House will “ever look competent.”

Darroch also reportedly warned British officials that the president’s “career could end in disgrace” and claimed without evidence in the Daily Mail report that Trump could have been in debt at some point to “dodgy Russians.”

The newly-emerged memos reportedly date back from 2017 to the present. A government official in the U.K. confirmed to CNN that the memos leaked to the Daily Mail are “real.”

In a statement from the British FCO seen by CNN, the office said: “The British public would expect our Ambassadors to provide Ministers with an honest, unvarnished assessment of the politics in their country.”

“Their views are not necessarily the views of Ministers or indeed the government. But we pay them to be candid. Just as the US Ambassador here will send back his reading of Westminster politics and personalities,” the office continued.

“Of course we would expect such advice to be handled by Ministers and civil servants in the right way and it’s important that our Ambassadors can offer their advice and for it remain confidential. Our team in Washington have strong relations with the White House and no doubt that these will withstand such mischievous behavior,” the office added.

The report comes weeks after Trump’s second state visit to the U.K.