Are Arabs turning their backs on religion? Survey 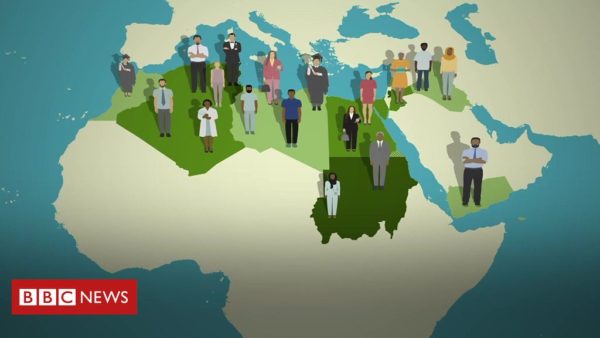 Arabs are increasingly saying they are no longer religious, according to the largest and most in-depth survey undertaken of the Middle East and North Africa.

The finding is one of a number on how Arabs feel about a wide range of issues, from women’s rights and migration to security and sexuality.

More than 25,000 people were interviewed for the survey – for BBC News Arabic by the Arab Barometer research network – across 10 countries and the Palestinian territories between late 2018 and spring 2019.

Here are some of the results.

Since 2013, the number of people across the region identifying as “not religious” has risen from 8% to 13%. The rise is greatest in the under 30s, among whom 18% identify as not religious, according to the research. Only Yemen saw a fall in the category.

Most people across the region supported the right of a woman to become prime minister or president. The exception was Algeria where less than 50% of those questioned agreed that a woman head of state was acceptable.

But when it comes to domestic life, most – including a majority of women – believe that husbands should always have the final say on family decisions. Only in Morocco did fewer than half the population think a husband should always be the ultimate decision-maker.

Acceptance of homosexuality varies but is low or extremely low across the region. In Lebanon, despite having a reputation for being more socially liberal than its neighbours, the figure is 6%.

An honour killing is one in which relatives kill a family member, typically a woman, for allegedly bringing dishonour onto the family.

Every place surveyed put Donald Trump’s Middle East policies last when comparing these leaders. By contrast, in seven of the 11 places surveyed, half or more approved of Turkish President Recep Tayyip Erdogan’s approach.

Totals for each country do not always sum to 100 because ‘Don’t know’ and ‘Refused to respond’ have not been included.

Security remains a concern for many in the Middle East and North Africa. When asked which countries posed the biggest threat to their stability and national security, after Israel, the US was identified as the second biggest threat in the region as a whole, and Iran was third.

In every place questioned, research suggested at least one in five people were considering emigrating. In Sudan, this accounted for half the population.

Economic reasons were overwhelmingly cited as the driving factor.

They’re not all aiming for Europe

The number of those considering leaving for North America has risen, and while Europe is less popular than it was it remains the top choice for those people thinking of leaving the region.