Rory Stewart is the public’s choice to be UK’s next PM. Will his peers back him? 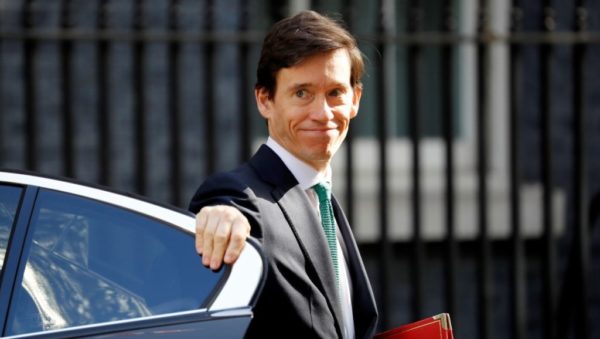 The Conservative leadership race is in its final stretch, with the usual politicos waiting to seize the top job – and with that to become the next British PM. Rory Stewart has surprised many with his surging popularity. But can he win over his party?

Nominations for the leadership close on Monday at 5pm – and there is little doubt that Johnson will garner the most support: he already has 42 official backings from fellow Conservative (also known as Tory) lawmakers, well above the threshold of eight nominations required.

At the other end of the spectrum is Tory wildcard Rory Stewart (with a paltry five nominations). Previously almost unknown to the general public despite his role as International Development Secretary, he’s sailed gaily into the race, and in a matter of weeks has managed to draw support from citizens across the country. But translating general public affection into hard-and-fast endorsement from his Tory peers is a different matter – and persuading MPs to put him on stage opposite heavyweight Johnson is incredibly unlikely. In terms of political experience, it’s a David and Goliath situation – and probably minus the fatal slingshot that ensures his victory.

As ever, there’s a gulf between Westminster and the streets of Britain. A new YouGov poll that came out on Friday put Stewart ahead of Johnson in the question of who would make the better Prime Minister. This was then backed up by research published by independent polling company Opinium, showing that Stewart ties with Johnson on the same question. In the latter survey he is also the only candidate with more positive ratings than negative.

Extraordinary. New YouGov poll puts ⁦@RoryStewartUK⁩ ahead of ⁦@BorisJohnson⁩ as public’s choice for PM out of all the Tory leadership contenders.

How this relative unknown earnt himself a begrudging affection from the general public is due in part to his grassroots campaigning over the past few weeks, which mostly seems to involve Stewart’s campaign team putting him on a train with a selfie stick and sending him off somewhere in the UK to chat with locals, and publicising his encounters heavily on social media under the hashtag of #RoryWalks.

He’s come a long way since his rather lonely beginnings of milling around in London’s Kew Gardens spoiling for a chat. Since then, he’s casually conversed in Dari to a man in Barking in east London, spoken to supporters in the northern town of Wigan about Brexit compromises, and explained the finer details of a citizens’ assembly to a crowd of locals in Derby. His off-the-cuff, nice-guy act appeals to a British public sick of the yawning gap between them and those who make the laws in London.

It’s unlikely to be enough for Stewart to earn the backing of his peers.

With the wide grin, big ears and general affability of Wallace from animation series Wallace and Gromit, Stewart appears to lack the steeliness needed to steer the country through an eventual separation from the EU.

He’s also the odd one out in the Tory leadership pool in this respect. Firmly against a no-deal departure, he’s been criticised for not being Tory enough – some Conservatives think he ought to be running on a Liberal Democrat or even Labour party platform. A brilliant 2010 New Yorker profile on him honed in on this, asking the then-low-ranking MP if he was sure he was a Tory. It was met with a typically guileless response from Stewart: “I think I’m pretty sure.”

Yet in some respects, Stewart is the quintessential Tory. A diplomat family? Check. Boarding school and Eton? Check. Latin and Greek lessons? Check. Private tutor in the summer holidays to Prince William and Prince Harry? Check. All this followed by the obligatory Oxford degree in Philosophy, Politics and Economics – the university degree that produces almost all British prime ministers.

The 46-year-old Stewart is as much born with a silver spoon as other Tory contenders – and certainly more so than some. But he distinguishes himself by an exotic early career that was not spent wearily climbing the political ladder in Whitehall, but rather in diplomatic postings in Indonesia and Montenegro. He also undertook a month-long walk across Afghanistan four months after 9/11; a feat that he chronicled in a travel book called The Places in Between.

Power to the people

While fellow MPs are unlikely to rally behind Stewart, the Conservative Party as a whole would do well to take inspiration from him. Stewart has copied the tactics of the Brexit Party under the charismatic leadership of Nigel Farage: engaging voters in a pub garden or a northern high street is always more effective than preaching from a London soap box.

British media has got behind the unlikely Twitter star: British magazine The Spectator suggests that Stewart can “save the Tories”, while fellow British publication The Economist says in its Bageshot column that Stewart can help the Tory party avoid the “boneyard”.

Stewart’s call for the creation of a citizens’ assembly on Brexit shows that he preaches what he already practises. His proposition for a way out of the Brexit impasse is just that: an alternative to the bullheaded conviction of other contenders that they can renegotiate a deal with Brussels or simply sweep the UK out of the EU with limited repercussions.

The Conservative Party risks becoming more inward-looking than ever, and haemorrhaging voters to the Brexit Party in the next general election. In contrast, Stewart’s growing popularity shows the power of a politician unafraid to be in the ring with Joe Public.

After all, the Brits love an underdog. Elevating Stewart to the final shortlist opposite Boris Johnson would be not only a test of Johnson’s mettle against Stewart’s calm articulacy, but a chance to let some fresh air into the Tory party. It is likely that Johnson would win anyway. But at least it would wipe some of the cobwebs from the Conservatives, and show that they are capable of listening to the people.