Katyusha rocket crashes into Baghdad Green Zone near US embassy 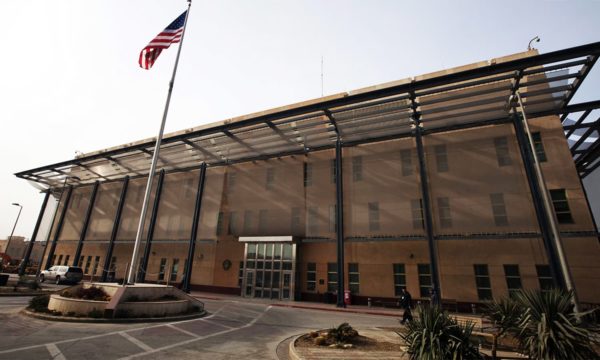 A Katyusha rocket crashed Sunday into Baghdad’s Green Zone which houses government offices and embassies including the US mission, Iraqi security services said in a statement.

The rocket — which came after Washington ordered the evacuation of non-essential diplomatic staff from the Baghdad embassy and the Arbil consulate citing threats from Iranian-backed Iraqi armed groups — caused no casualties, it said.

“A Katyusha rocket crashed into the Green Zone without causing casualties,” it said in a brief statement without giving further details.

A police source told AFP that “initial reports indicate that the rocket was fired from an open field” in southern Baghdad.

The Green Zone is one of the world’s most high-security institutional quarters.

Located in the centre of the Iraqi capital, it houses parliament, the prime minister’s office, the presidency, other key institutions, top officials’ homes and embassies.

The American embassy in Baghdad — the world’s largest — lies within the fortified neighbourhood, also known as the International Zone, which is surrounded by concrete walls.

As tensions soar in the Gulf amid a standoff between Washington and Tehran, the administration of US President Donald Trump has also dispatched to the region an aircraft carrier and heavy B-52 bombers.