Will Anyone Explain America’s Conflict with Iran? 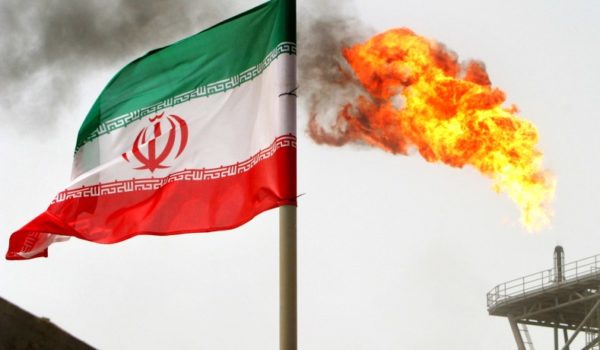 An Iranian flag flies at the Sorough oil field in 2005. (Raheb Homavandi/Reuters)
Share:

The escalation of tensions between the two countries has left more questions than answers.

Afew weeks ago in this space, I wrote that we were in a submerged constitutional crisis. President Donald Trump could announce one change in American foreign policy, but the White House would implement a different one. Trump, for example, proclaimed that all American troops would leave Syria, only for “White House officials” to announce a few weeks later that America’s troop presence would stay the same. My expressed worry was that this unacknowledged crisis of authority invited mischief by our enemies and could swiftly be exposed as a full blown foreign-policy crisis.

Well, we may be heading there with Iran. Our low-grade conflict with Tehran is now escalating at a dizzying pace. New sanctions on the Islamic republic were reportedly answered by Iranian leaders with provocations in the Strait of Hormuz. National-security adviser John Bolton has long taken a hard line on Iran. “The behavior and objectives of the regime are not going to change,” Bolton said of Iran last year. “Therefore the only solution is to change the regime itself.” And here he was, a week and a half ago, announcing in a statement that American naval assets were being moved toward the country:

In response to a number of troubling and escalatory indications and warnings, the United States is deploying the USS Abraham Lincoln Carrier Strike Group and a bomber task force to the U.S. Central Command region to send a clear and unmistakable message to the Iranian regime that any attack on United States interests or on those of our allies will be met with unrelenting force. The United States is not seeking war with the Iranian regime, but we are fully prepared to respond to any attack, whether by proxy, the Islamic Revolutionary Guard Corps, or regular Iranian forces.

The unusual source of this announcement and the unusually bellicose language in it were at odds with Pentagon officials’ claims that nothing significant was underway. But there was no normal Pentagon briefing, or better yet, explanation from the White House. In the absence of explanation, military-reporting outfit Defense One was reduced to asking rhetorically, “If there was a threat, what is it? And why would the White House claim it is ‘deploying’ a ship already underway in the region? Is this just political bluster?” Occasionally it was murmured that the movements were meant to “send a message” to Iran. It is hard to imagine what salutary purpose such a message could serve, when the previous message sent by the U.S. was the destruction of the governments in two neighboring states.

But the bluster has only increased since. “Could we win in a war with Iran?” Margaret Hoover asked Senator Tom Cotton, among the most consistent hawks in the GOP caucus, in an interview yesterday. Cotton’s response was swaggering, and sure to make headlines across the world. “Yes, two strikes,” Cotton said. “The first strike and the last strike.” Meanwhile, the New York Times was filling with reports about the Pentagon reviewing options for deploying 120,000 ground troops in Iran. Trump has denied that this is under consideration. But again, how can anyone trust that he has the final say over such decisions when clearly his word counted for nothing in the matter of withdrawal from Syria?

Iran is a country with a population roughly the size of Germany’s. It has a large number of armed soldiers. It has the ability to disrupt oil markets worldwide in the blink of an eye. Going to war would be unwise, and some of our closest allies are already signaling discomfort with the prospect. The British major general Chris Ghika, who is deputy commander of the coalition operations against ISIS, issued a public rejection of the U.S. intelligence reports on the increased threat of Iranian groups in Iraq and Syria. This is no small gesture, but amounts to a warning from the British government about the direction of U.S. foreign policy. Israeli officials are likewise warning their countrymen of possible fallout if the U.S. and Iran head into conflict.

Currently the U.S. has no confirmed secretary of defense. Regular White House briefings have been canceled. All we have are the Twitter feeds of various senators. The decision to go to war in the United States is supposed to lie with the people themselves, through their representatives in Congress. Does it still? The command of the armed forces is supposed to lie with the elected president. Does it still? Will America intervene militarily in Iran, flouting public opinion and sidestepping Congress, as it did under Obama in Syria? Will the president explain what it is he is hoping to achieve? And if the president wishes not to go to war, will his word matter? I wonder.