Lebanese central bank employees went on strike on Monday over state budget proposals that would cut their benefits but said they may be ready to take a decision to “relieve” pressures caused by the move. 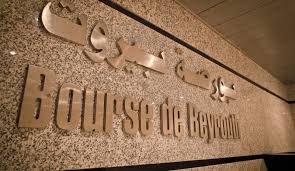 Beirut’s stock exchange halted trading on Monday because of the strike at Lebanon’s central bank, the Banque du Liban. The strike prompted the Beirut Stock Exchange to suspend trading until further notice because the clearance and settlement process for transactions could not be done on time, BSE  said in a statement.

Lebanese finance minister insists on raising tax on interest, a move that could obstruct growth

The Lebanese government insists on raising the tax rate on interest payments to 10 percent from 7 percent, which is a fundamental part of the draft state budget for 2019, the finance minister said on Monday. “As for the increase in the tax on interest from 7 percent to 10 percent, we insist on it. It is a fundamental part of the organisation of the budget and its balance,” Ali Hassan Khalil told journalists, according to a finance ministry statement.  Joseph Torbey, the chairman of the Association of Banks in Lebanon, last week warned that the proposed hike in the tax on interest income would affect capital inflow to Lebanon, weaken banks’ ability to play their financing role in the economy, and obstruct growth.

A photo of Lebanese Foreign Minister Jebran Bassil carrying a spent shell  presented to him by Hezbollah officials during his visit to the city of Jbeil north of Beirut sparked wide controversy and condemnations in the country. Former MP Fares Souaid criticized Bassil’s tour to the district of Jbeil, saying on Twitter that Hezbollah’s gift to the minister in the presence of deputies from Jbeil and Keserouan was a “stupid” attempt to give the impression that the Jbeil-Keserouan residents support Hezbollah. Bassil and his father-in-law president Michel Aoun are closely allied with the Iranian backed Hezbollah militant group