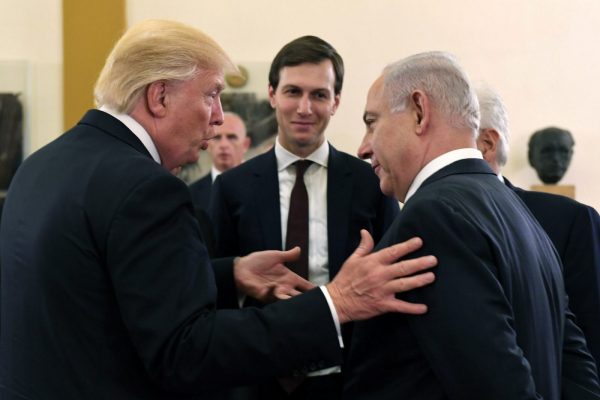 Jared Kushner revealed new contours Thursday on the upcoming US peace plan for the Middle East, indicating that it will pull back from longstanding mentions of a two-state solution with the Palestinians and accept Jerusalem as Israel’s capital.

Kushner, the son-in-law and senior adviser to President Donald Trump, is expected next month to present a long-awaited deal on behalf of the US administration, which has closely aligned itself with Israel’s right wing.

Vowing to take a fresh approach, Kushner gave the administration’s strongest indication yet that the plan will not propose two states for Israelis and Palestinians — for decades the US-backed goal of marathon peace talks.

“We said, you know, let’s just not say it. Let’s just say, let’s work on the details of what this means,” he said.

Kushner declined to give extensive details about the plan before its release but, asked if it would cover final status issues between Israelis and Palestinians, he said: “That’s correct, we will.”

The Palestinian leadership has already said it does not accept mediation by Trump, whose long list of pro-Israel actions including moving the US embassy to Jerusalem.

Israel considers the holy city its eternal capital, but Palestinians want east Jerusalem as part of a future state.

Kushner, who is also widely distrusted by the Palestinians for his family ties with Netanyahu, said Trump asked him before his Jerusalem decision how it would affect peace prospects.

“The answer I gave him was I think short term it’s probably harder, because people will be more reactive and emotional,” Kushner said.

“But long term I think it helps because what we need to start doing is just recognizing truths, and I think that when we recognized Jerusalem, that is a truth — Jerusalem is the capital of Israel, and that would be part of any final agreement anyway,” he said.