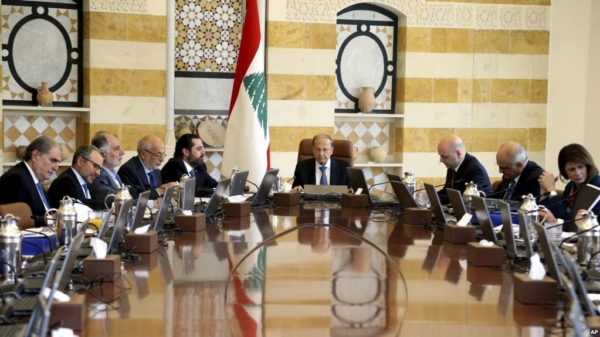 Ali Hassan Khalil told reporters after a Cabinet meeting Tuesday that the government aims to reduce the percentage of the budget deficit compared with the gross domestic product.

Fuel smuggling  from Lebanon to Syria is on the rise

Syria’s fuel crisis has opened the door for Lebanese exports of this vital commodity, either legally or through smuggling from uncontrolled crossings.

While some Syrian traders import gasoline from Lebanon at a rate of one million liters per day to cover a quarter of the daily consumption, about 100,000 liters are smuggled daily, passing through Al-Masnaa border crossing, without any supervision or control, according to the head of gas stations owners’ syndicate, Sami Braks.

In June last year, then-Minister of State for Anti-Corruption Affairs Nicolas Tueni announced that his ministry “had been informed by reliable sources of the smuggling of quantities of gasoline from Syria into Lebanon, which amounted to around one million liters a day.”

The Shebaa farms have deep implications on Lebanon

The declaration by Progressive Socialist Party leader Walid Jumblatt regarding sovereignty over the Shebaa Farms caused a turmoil in Lebanese politics, and the reason has more to do with the timing of his statement than with its content.

The Shebaa Farms have been the subject of considerable controversy since the collapse of the Ottoman Empire at the end of the First World War. It was not clear at the time to the mandatory powers, France and Britain, whether the 14 farms located at the foot of Mount Hermon belonged to Syria or to Lebanon. Topographic maps and documents said that they were Syrian territory, while the residents owed allegiance and paid taxes to the Lebanese government.