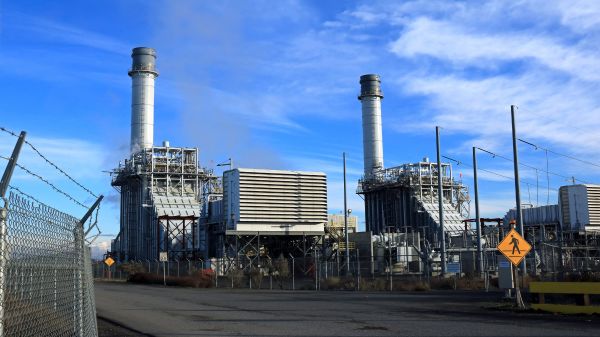 Energy-infrastructure-MENA.The energy sector in the Middle East and North Africa will amass almost $1 trillion in investment over the next five years
Share:

The energy sector in the Middle East and North Africa will amass almost $1 trillion in investment over the next five years, as countries build out energy capabilities and pivot to renewables, according to new research.

The Arab Petroleum Investments Corporation (Apicorp), a multilateral development bank with around $7 billion in total assets, provides an annual estimate for both planned and committed investments for 2019 to 2023.

“We are seeing growth in the total amount of investments going into the energy sector,” Apicorp CEO Ahmed Attiga told CNBC’s “Capital Connection” on Wednesday.

The group says planned investments account for the majority of the spending at $613 billion while committed investments cover the remainder.

The power sector accounts for the largest share of total investments at $348 billion. Of that, there are $90 billion worth of projects currently under execution.

“The power sector is really showing tremendous growth, and this is a direct outcome of the countries of the region diversifying their energy mix and also trying to rely on renewables as a major source of energy,” Attiga said.

“Most of the countries of the region are determined now to implement an energy transition regardless of the volatility of oil prices,” he added.

The report said the case for switching from oil to gas and renewables remains strong in countries with sizeable gas reserves, such as Saudi Arabia and Iraq, or where the share of liquids in power generation remains significant.

Saudi Arabia has the largest committed and planned investments in the medium term, worth more than $140 billion, as it looks to make renewable and possibly nuclear energy a bigger component of its supply mix.

Iraq is second behind Saudi Arabia for committed and planned investments, followed by Iran, Egypt and the United Arab Emirates (UAE). The Emirates is the only country in the GCC (Gulf Cooperation Council) with committed investments up year-on-year, with upstream oil investments set to reach $20 billion.

Except for Lebanon, all net-importers in the region experienced year-on-year growth in their five-year investment outlook, with Jordan, Iraq and Tunisia witnessing the largest percentage increase.

Despite the growing figures, the report said the rate of transition from planned to committed investments has been poor, due to renewed uncertainty about growth and oil prices.

That means non-government lead investments are rising, particularly in countries with weaker fiscal reserves or a higher share of power sector projects. “We are seeing the trend considerably increasing,” said Attiga.

“It’s no longer the governments that’s shouldering the bulk of these investments, but rather an increase in the role of the private sector, and we think this is a very good development,” he added.