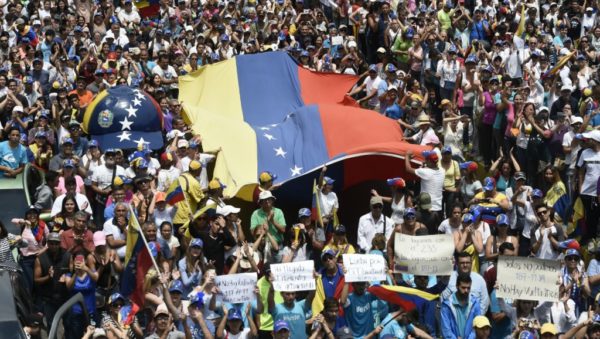 Venezuelan security forces fired tear gas Saturday to disperse demonstrators who turned out in Caracas to protest massive power outages that have kept much of the country in darkness since early March.

AFP journalists on the scene said the security forces blocked opposition protesters from concentrating at certain points in the western side of the city.

Venezuela has been hit by three major power outages this month, and opposition leader Juan Guaido — who is recognized as interim president by some 50 countries — had called on supporters to take to the streets to demonstrate.

In the latest outage, which began Friday night, the capital Caracas and 20 out of 23 states have found themselves without electricity, and many regions remained without power on Saturday.

But experts have said that infrastructure crumbling from years of neglect is a more likely culprit than outside interference.