Who were the victims of the New Zealand mosques terror attack? 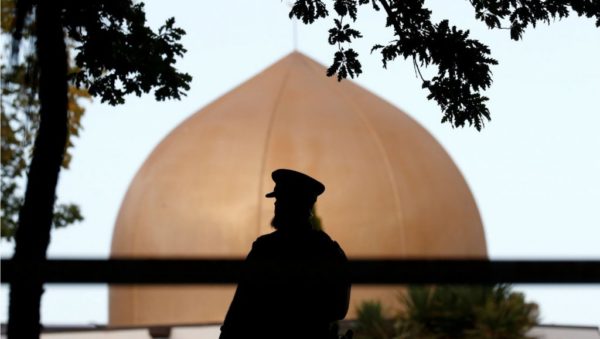 people were killed in a terror attack targeting two mosques in Christchurch, New Zealand during Friday prayers last week. FRANCE 24 takes a look at some of the victims identified so far.

Police said that 42 people were killed at Christchurch’s central Al Noor Mosque, and seven at the Linwood Mosque, after a gunman identified as Brenton Tarrant – a 28-year-old Australian national who espoused white-supremacist views – opened fire on worshippers during Friday prayers. Another person died in hospital.

Although authorities have yet to publically name all of the victims, families and friends have begun to share details of their lives. The dead include refugees and immigrants from various countries, young children, high school students, teachers and community leaders.

Here are some of the victims identified.

Husna Ahmed, 45, and her husband, Farid, were at the Al Noor Mosque when the shooting began. The couple had separated to go to the bathroom as the first shots rang out. Ahmed yelled for her fellow worshippers to “Hold your children, come this way,” as she led a group out of the building through a side door, according to an account published by the New Zealand Herald newspaper.

She then returned to the mosque in search of Farid, who has been confined to a wheelchair ever since he was hit by a drunk driver many years ago. She was shot and killed by the gunman from behind as she ran back into the building.

“I lost my wife, but I don’t hate the killer,” Farid told journalists after the attack. “I don’t have any grudge against him. I have forgiven him and am praying for him.”

The couple were originally from Bangladesh. Ahmed is survived by Farid and their 15-year-old daughter.

Ahmed, a 27-year-old accountant, moved to New Zealand from Pakistan 18 months ago, with the hopes of supporting his family back home.

“He had done chartered accountancy from Pakistan. He was the only son to his parents. He had only one younger sister … He had only started his career,” Ahmed’s uncle, Muhammad Muzaffar Khan, told the New Zealand Herald.

PwC New Zealand, where Ahmed worked, posted a tribute to him on Facebook.

“Areeb was a loved and respected member of our PwC family who lived our values every day,” it said.

“His smile, warmth, dedication, respect and humour will be deeply missed. Our thoughts and prayers are with his family, the Muslim community, our PwC team and their families and all people affected by this terrible event.”

Ali, originally from Pakistan, was killed while attending Friday prayers at the Al Noor Mosque. The 34-year-old father joined the technology company Intergen in 2012, where he worked as a senior dynamics developer.

He was described by friends and colleagues as a kind and gentle man.

“I am very sad to share with you that our highly respected and much loved colleague Syed Ali has lost his life in the terrorist attack which took place on Friday at Masjid Al Noor, a Mosque on Deans Avenue in Christchurch,” Intergen CEO Simon Bright said in a post on LinkedIn. “My deepest sympathies and thoughts are with Syed’s family, his wife Amna and their children, his friends and co-workers.”

Ali is survived by his wife, Amna, and their three young children.

The 30-year-old software engineer moved to New Zealand from the southern Indian city of Hyderabad six years ago. He had gone to the Al Noor Mosque to attend Friday prayers when the attack happened. His family confirmed he had been killed on Saturday.

Ahsan is survived by his wife and their two young children

Armstrong, 65, was killed while using her body to shield others at the Linwood Mosque, according to an accountpublished by New Zealand news website Newshub. A third generation New Zealander, she grew up in Auckland and had moved to Christchurch in recent years. She converted to Islam in her 50s and was popularly known as Sister Linda.

Armstrong’s nephew Kyron Gosse described her as someone with a “huge heart” and “childlike innocence”.

“She befriended many travellers, immigrants and refugees opening her home, her heart and her kitchen,” he toldthe New Zealand Herald.

Edward Wadsworth, general secretary of the Linwood Mosque, said Armstrong was someone who was willing to do anything for anyone.

“It did not matter who you were or what your background or beliefs or anything was. If you needed anything done she would find a way to do it,” he told Newshub.

Elayyan, a goalkeeper for New Zealand’s national futsal (an indoor version of football) team, was praying at the Al Noor Mosque when he was shot.

The 33-year-old – who was CEO and co-founder of the app development company LWA Solutions – was respected by those who knew him as a kind and caring individual. He was due to coach the futsal team at his alma mater, Christchurch Boys High School, at the secondary school nationals next week.

“He tried to give back to his old school by coaching teams. Even though he didn’t have the time he still found time and he did it all for nothing,” Ronan Naicker, a friend and former coach to Elayyan, told New Zealand news website Stuff on Sunday.

“He never asked for anything in return. He was a truly exceptional human being.”

The Oceana Football Confederation described Elayyan as having “an unbridled passion for futsal and for representing New Zealand”.

Elayyan, who was born in Kuwait and was of Palestinian descent, is survived by his wife Farah and their young daughter.

Hamid was among the many worshippers killed at the Al Noor Mosque on Friday. He was an aircraft engineer for Air New Zealand, where he worked ever since moving to Christchurch in 2003. Prior to that, he lived in Tangerang, Indonesia, where he was a senior engineer for PT Airfast.

Friends and family described Hamid as a warm and outgoing person.

“We never felt alone with his personality, he was always making friends with anyone,” his daughter Zhania Anindya told Radio New Zealand.

“He’s very open to everyone, he treated our home – I used to be very annoyed by this – as everyone’s home: from the community, from Indonesia, not from Indonesia, his mates from work, my friends from school,” she added. “He’s always been very sincere. Very giving, very selfless.”

Christopher Luxon, CEO of Air New Zealand, said Hamid was a beloved member of the team who will be missed.

“Lilik has been a valued part of our engineering team in Christchurch for 16 years… His loss will be deeply felt by the team,” Luxon said.

Hamid is survived by his wife, Nina, and their two children, Zhania and Gerin.

Ibrahim, 3, is the youngest known victim of the attacks. He was at the Al Noor Mosque with his father and four brothers when the shooting began. The toddler reportedly ran toward the gunman after he was separated from his family amid the chaos.

His brother, Abdi, described Ibrahim as an “energetic, playful” child in a Facebook post. “Will miss you dearly brother,” he added.

“You cannot imagine how I feel,” Abdulrahman Hashi, Mucca’s uncle who lives in Minnesota, told the Washington Post. “He was the youngest in the family.”

Ibrahim’s family was no stranger to violence. They came to New Zealand after fleeing fighting in Somalia more than 20 years ago.

Ibrahim is survived by his parents and his four brothers.

Hamza Mustafa, 16, was praying at the Al Noor Mosque with his father, Khalid, and his 13-year-old brother Zaed when he was killed. His family arrived in New Zealand last year from Jordan, where they lived as refugees for six years after fleeing the civil war in Syria.

An excellent horse rider who aspired to be a veterinarian, Hamza was a compassionate and hard-working student, said Cashmere High School principal Mark Wilson.

“Despite the fact that he hadn’t been here for a long time he had already quickly developed many friends,” Wilson said.

Khalid Mustafa, 44, was also killed in the attack. He is survived by his wife, Salwa, and his two youngest children. Zaed is currently being treated for gunshot wounds at Christchurch Hospital.

Salwa said she was on the phone with her son Hamza when he died. “Our lives have completely changed,” Salwa told New Zealand news website Stuff.

Nabi, 71, was the first victim identified after the massacre. He was praying at the Al Noor Mosque when he was shot.

Nabi moved his family to New Zealand in 1979 to escape the Soviet-Afghan war. Days before the shootings, his son, Omar, recalled his father speaking about the importance of unity.

“My father said how important it is to spread love and unity among each other and protect every member of the society we live in,” Omar told the Al-Jazeera news network.

Omar said his father ran an Afghan Association and helped refugees settle in to a new country. “He used to make them feel at home,” he said.

Nabi is survived by four sons, one daughter and nine grandchildren.

As the shootings unfolded, Naeem Rashid is seen on video trying to tackle the gunman outside the Al Noor Mosque, according to Rashid’s brother, Khurshid Alam.

“He was a brave person, and I’ve heard from a few people there, there were a few witnesses. They’ve said he saved a few lives there by trying to stop that guy,” Alam told the BBC.

Rashid was a teacher in Christchurch and was from Abbottabad, Pakistan. His son was 11 when his family moved to New Zealand. The young man had a new job and planned to get married.

Rashid’s brother, Dr. Mohammad Khursheed, who lives in Abbottabad, received an emotional call from his sister-in-law, Amber Naeem, telling him of his brother’s death.

Pakistan declared Monday a national day of mourning to honor its citizens killed in the attack, and said Rashid would be recognized for his heroism.