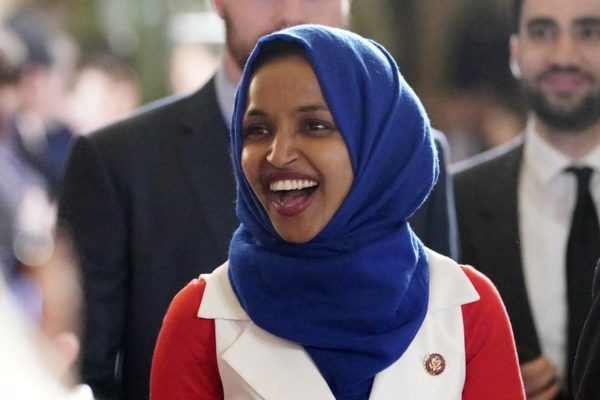 He tweeted as House Democrats were preparing a resolution for Wednesday declaring that the House opposes anti-Semitism and bigotry. The measure is part of the Democrats’ pushback against Omar for suggesting last week that American supporters of Israel have conflicted allegiances.

The declaration, written by Speaker Nancy Pelosi and other Democrats, comes after the Minnesota Democrat’s remarks suggesting American supporters of Israel are pushing people to have “allegiance to a foreign country.”

Trump, a staunch supporter of Israel, tweeted that “Omar is again under fire for her terrible comments concerning Israel.” He called her remarks “A dark day for Israel!”

The House is expected to vote on the resolution Wednesday.

Omar has defended herself in the face of criticism after saying she should not need to “have allegiance [or] pledge support” to Israel to serve in Congress, stressing that her refusal to ‘pledge allegiance’ to Israel does not make her anti-Semitic