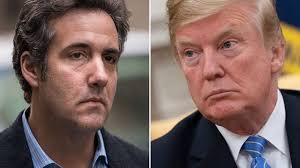 President Donald Trump attacked Congress for scheduling the testimony of Michael Cohen, his former lawyer and fixer, at the same time as his summit with North Korea’s Kim Jong Un in Vietnam.

The Trump-Kim summit abruptly ended early and without a deal on Thursday, forcing the leaders to cancel a signing ceremony that was scheduled for later that day.

Trump told reporters that the two leaders couldn’t come to an agreement on the extent of North Korea’s denuclearization and the US’s sanctions relief in exchange for it. He said he was “optimistic” about the relationship.

The breakdown of talks came some 12 hours after Cohen made a slew of damning allegations about Trump to the House oversight committee, including that Trump had advance knowledge of the June 2016 Trump Tower meeting between top campaign officials, including Donald Trump Jr., and several Russian lobbyists offering dirt on the Hillary Clinton campaign.

Cohen also accused Trump of engaging in criminal activity while in office.

Trump on Thursday called Cohen’s congressional testimony a “fake hearing” — saying repeatedly that Cohen had lied — and slammed the timing of the hearing.

“Having a fake hearing like that and having it in the middle of this very important summit is a really terrible thing,” Trump told reporters on Thursday.

“They could have made it two days later or next week, and it would have been even better,” he added, referring to the House Committee on Oversight and Reform, which scheduled the hearing. “They would have had more time. But having it during this very important summit is sort of incredible.”

The president did not identify any particular effect that Cohen’s hearing had on the summit.

But it was clearly on his mind during the meetings with Kim, prompting an angry tweet in the hours before Cohen spoke. A US reporter also asked Trump to comment on Cohen’s testimony while he was sitting with Kim at a public photo-call.

Trump announced during his State of the Union address on February 5 that he was holding a summit with Kim, at which point Cohen’s planned testimony had been delayed indefinitely.

It was not until February 20 when it was confirmed that Cohen’s testimony would come while Trump was in Vietnam, by which time the details of the summit were already in place.

Trump said Cohen “lied a lot” but “only went about 95% instead of 100%” because Cohen didn’t explicitly accuse Trump of colluding with Russia to influence the 2016 presidential election — an accusation Trump has denied.

“He lied a lot, but it was very interesting because he didn’t lie about one thing,” Trump said. “He said no collusion with the Russian hoax.”

“And I said, ‘I wonder why he didn’t lie about that too like he did about everything else?'” the president added. “I was actually impressed that he didn’t say, ‘Well, I think there was collusion for this reason or that.’ He didn’t say that.”

“He said no collusion, and I was a little impressed by that, frankly,” Trump said. “He could have gone all out. He only went about 95% instead of 100%.”

In his testimony, Cohen said he believed it was possible that Trump coordinated with the Russians to win the 2016 election but that he did not have any direct knowledge.

“Mr. Trump is all about winning,” Cohen said. “He will do what is necessary in order to win.”