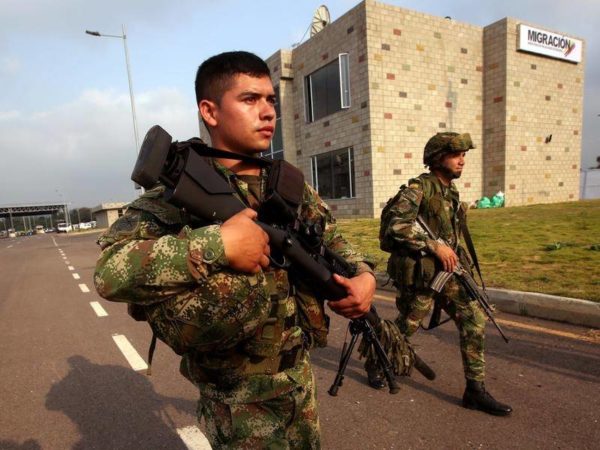 Venezuelan troops have killed a woman near the Brazilian border as tensions grow over access to aid.
Share:

Venezuelan soldiers shot and killed a woman Friday in a standoff with a local indigenous community over international aid entering the country from Brazil, according to a local mayor.

Emilio Gonzalez, mayor of the Venezuelan town of Gran Sabana, near the Venezuela-Brazil border, said the military opened fire on an indigenous group trying to facilitate the passage of aid into Venezuela. The military was blocking the assistance from entering the country.
“Instead of mediating, the military started shooting,” Gonzalez told CNN.
He said that a 34-year-old indigenous Venezuelan woman was killed and at least 12 others were injured. The injured were taken to Boa Vista in Brazil, according to Gonzalez.
Venezuela’s Ministry of Defense told CNN it had no information regarding the incident.

Venezuelan lawmaker Americo de Grazia tweeted a video of the injured at the hospital and said there was a heavy military presence in the area, including several tanks.

President Nicolas Maduro announced the closure of the border with Brazil in a televised speech Thursday and warned against trying to bring humanitarian supplies into the country by force.
Foreign aid is being assembled in both Brazil and Colombia at the call of the Venezuelan opposition leader and self-declared president, Juan Guaido.
While Maduro accepted aid from the United Nations last year, the Venezuelan President opposes the new aid shipments and has described the opposition’s aid campaign as “a provocation.”
In response, he is also considering the complete closure of the border with Colombia, which would seal off most of Venezuela’s inland periphery.
CNN
Share: