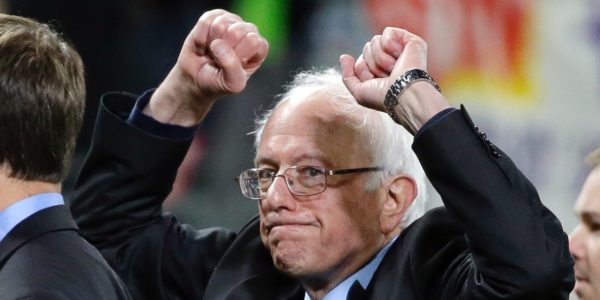 Ten hours after announcing he would run in the 2020 US presidential election, Sen. Bernie Sanders of Vermont raised more than $4 million from nearly 150,000 individual donors, the campaign said in an email on Tuesday.

Faiz Shakir, Sanders’ campaign manager, could not confirm the exact dollar figure on Tuesday afternoon but said in an email to INSIDER: “They’re YUGE.”

Sanders’ numbers set a new record in first-day donations in the 2020 race.

Sen. Kamala Harris, another 2020 Democratic candidate, previously held the title after raising $1.5 million from 38,000 donors within the first day of her campaign, Politico reported in January. Harris’ first-day campaign donations averaged $37, and the total amount is tied with Sanders’ during his 2016 campaign.

“More than 100,000 people have donated to our campaign since we launched this morning,” Sanders’ Twitter account said on Tuesday afternoon. “Brothers and sisters, if we stand together, there is no limit to what we can accomplish.”

Sanders confirmed he was running for president during an interview with Vermont Public Radio on Tuesday.

“I wanted to let the people of the state of Vermont know about this first,” Sanders said in the interview. “And what I promise to do is, as I go around the country, is to take the values that all of us in Vermont are proud of — a belief in justice, in community, in grassroots politics, in town meetings — that’s what I’m going to carry all over this country.”

“I have been very blessed in my life with good health,” Sanders added. “I’m very lucky that as a kid I was a long-distance runner, and I think I had and still have a great deal of energy. So I would ask people to look at the totality of who I am — my energy level, my record in the US Senate — and not just at one criterion.”

If elected, Sanders would be 79 years old at the time of his inauguration and the oldest US president in history.