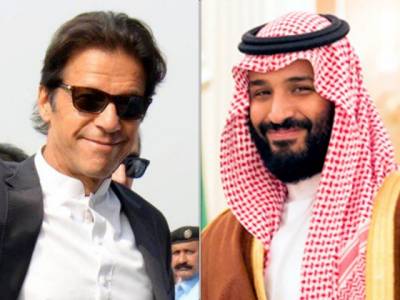 Investment deals were to top the agenda during the Saudi crown prince’s latest Asian tour. But tensions in the region have exposed Riyadh’s role in the geopolitical brinkmanship plaguing the continent.

Bird markets were tapped to provide an unprecedented 3,500 pigeons to be released to mark the occasion. The Pakistani government has declared Monday a public holiday in the capital, Islamabad, and newspapers have been gushing about the 750 hotel rooms and luxury cars booked for the royal visit.

Pakistan is the first stop on Prince Mohammed’s Asia tour touted as the Gulf kingdom’s strategic pivot eastward in a bid to counterbalance the fallout in the West over the killing of Saudi journalist Jamal Khashoggi in the Saudi consulate in Istanbul.

But the faltering start of the Asia tour contrasted sharply with his ‘Prince of PR’ swing through Britain and the US last year, when Saudi Arabia’s de facto ruler was hailed as a moderniser touting a “moderate, balanced” Islam.

Prince Mohammed (also known by his initials, MBS) was supposed to arrive in Pakistan on Saturday for a two-day visit, but his visit was postponed by a day. No explanation was provided for the delay. Two short stops in Indonesia and Malaysia were also postponed, according to Indonesian and Malaysian officials. No reasons for the postponements or alternative tour dates were given.

The Malaysia and Indonesia stops, according to Indian media reports, meant the prince could avert a direct flight from Islamabad to the Indian capital New Delhi, where war drums are beating following last week’s suicide car bombing in Kashmir, which killed more than 40 Indian soldiers.

New Delhi has accused Islamabad of harbouring Islamist militants who claimed responsibility for the worst terrorist attack in India in a decade. Pakistan has condemned the attack and rejects India’s accusations.

A day before the attack in Indian-administered Kashmir, a suicide bombing in Iran’s Sistan-Baluchestan province – which borders Pakistan – killed 27 Iranian security officials.

Iran has accused Pakistan of supporting the perpetrators of the attack. “Pakistan’s government, who has housed these anti-revolutionaries and threats to Islam, knows where they are and they are supported by Pakistan’s security forces,” said Revolutionary Guards chief Major General Mohammad Ali Jafari.

In comments broadcast by Iranian state TV Saturday, Jafari jabbed the finger of blame further, accusing Saudi Arabia and the United Arab Emirates (UAE) of backing anti-Shia militant groups. “They [the attackers] are backed by reactionary regional states, the Saudis and the Emiratis,” he said. “The treacherous Saudi and UAE governments should know that Iran’s patience has ended and we will no longer stand your secret support for these anti-Islam criminals,” he added.

Since his 2015 appointment as Saudi defence minister, Prince Mohammed has ratcheted tensions with Iran, which are threatening to spill into neighbouring Pakistan.

The development has raised alarm bells among many Pakistani analysts who warn that Saudi financial largesse comes with a security price that Islamabad cannot afford to pay.

“Pakistan plz stop housing these militants and stop using this precious nation to fight other’s wars,” tweeted Ayesha Siddiqa, author of Military Inc., a book on Pakistan’s military economy, “we will live without MBS’s billions but don’t throw people in this fire.”

“The Saudis are using aid packages and investment promises to buy the economically embattled Pakistani government’s loyalty and convince it to turn a blind eye to their destructive actions within Pakistan’s borders. Pakistan cannot afford to be a battleground where Saudi Arabia and Iran settle their scores,” noted Pakistani journalist Taha Siddiqui in an Al Jazeera column.

It wasn’t supposed to be this way. Official dinners, ceremonies, and multi-billion dollar Saudi injections into Pakistan’s troubled economy were meant to dominate the discourse during Prince Mohammed’s visit.

In the lead-up to the royal visit, Pakistani Foreign Minister Shah Mahmood Qureshi told reporters the two countries would sign at least eight memoranda of understanding (MoUs) on investment deals. While the final sums are difficult to quantify, analysts say Saudi Arabia is likely to pump between $12 billion to $14 billion of investments into Pakistan in the near future.

The biggest Saudi-Pakistani project includes a $10 billion refinery and oil complex in Gwadar, a port city in Pakistan’s southwestern Balochistan province located near the border with Iran’s Sistan-Baluchestan province.

“The investments would further enhance Saudi influence in Pakistan as well as the kingdom’s foothold in Balochistan,” noted James Dorsey from the Singapore based S. Rajaratnam School of International Studies in a blog published last week.

A tale of two competing ports 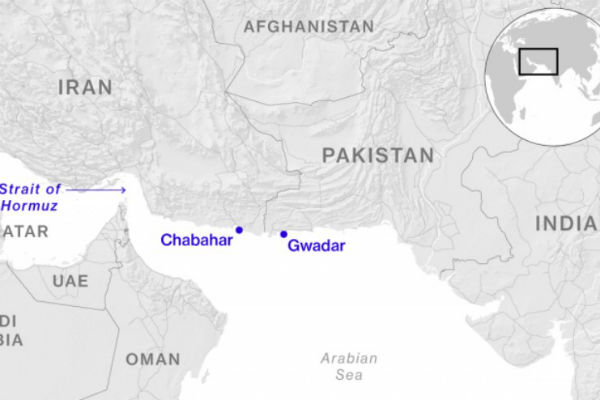 Gwadar lies barely 72 kilometres east of Iran’s Chabahar port, a location that has pit regional rivals in a new Great Game for access to the Middle East, Afghanistan and other Central Asian states further north.

While India has invested in Chabahar, China has made Gwadar a key link in Beijing’s ambitious One Belt, One Road “Silk Road” initiative.

Pakistan views Chabahar as a direct competition to Gwadar financed by its arch foe, India. On the other hand, New Delhi is wary of China’s investments in Gwadar, which it views as a means of increasing Beijing’s growing influence in the Indian Ocean.

The location of the two ports in Balochistan — an arid, mountainous region straddling the borders of Iran, Pakistan and Afghanistan — has turned it into a geostrategic battleground for hawks in US President Donald Trump’s administration focused on increasing the pressure on Tehran.

Saudi Arabia’s multi-billion dollar investments in the region “would strengthen the kingdom’s hold in the strategic province that both Prince Mohammed and US President Donald J Trump’s hardline national security adviser John Bolton see as a potential launching pad for efforts to destabilise Iran,” wrote Dorsey.

Pakistan meanwhile accuses India of fomenting nationalist unrest in Balochistan, an accusation New Delhi denies. But Saudi investments in the area, along with Prince Mohammed’s animus towards Iran, have raised fears in New Delhi and Tehran that Riyadh could prevent Chabahar from emerging as a powerful maritime hub.

Following his trip to Pakistan, Prince Mohammed is set to visit China, a major customer for Saudi oil. But while MBS’s Asia tour is aimed at boosting Saudi ties in the region, his travel itinerary has inadvertently exacerbated the fault-lines on the subcontinent.

The final stop on the prince’s truncated Asia tour is India, where Saudi involvement in Pakistani projects linked to China’s One Belt, One Road initiative are viewed with disquiet.

Prince Mohammed’s visit to New Delhi comes in the thick of a bitter campaign season ahead of India’s critical April-May general election. Amid waning public support for his government’s economic policies, India’s Prime Minister Narendra Modi has been playing to his far-right Hindu base by whipping up a sectarian discourse.

Following last week’s attack in Kashmir by the Pakistan-based Jaish-e-Mohammad militant group, Modi is under pressure from hardline Hindu groups for more decisive action against Pakistan. Amid reports of a backlash against Kashmiri Muslims living across the country, the Indian interior ministry on Sunday issued an advisory to all states to “ensure their safety and security and maintain communal harmony”.

Consumed by an election campaign, fears of communal unrest and tensions along the India-Pakistan border, Indian public opinion is unlikely to be swayed by the Saudi crown prince’s outreach. Saudi Arabia’s powerful crown may be ready to woo Asia, but its leaders and citizens may not be quite ready to feel the love.