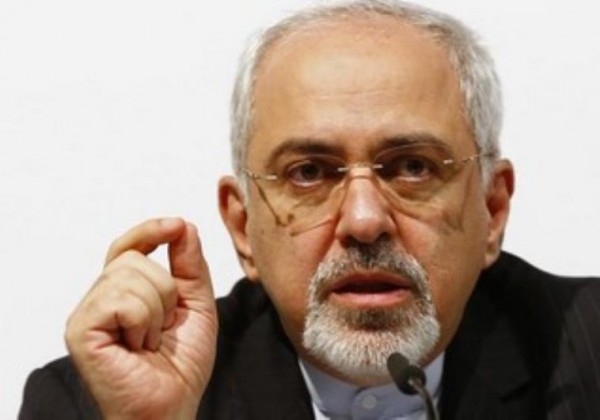 Iranian Foreign Minister Mohammad Javad Zarif . The conference, known as the Ministerial to Promote a Future of Peace and Security in the Middle East, will address “terrorism and extremism, missile development and proliferation, maritime trade and security, and threats posed by proxy groups across the region,” according to a statement from the U.S. State Department.
Share:

Iranian Foreign Minister Mohammad Javad Zarif said Wednesday that a two-day conference being co-hosted by Washington in Warsaw on Iran and the Middle East was “dead on arrival”.

“It is another attempt by the United States to pursue an obsession with Iran that is not well-founded,” Zarif told a Tehran news conference.

“The Warsaw conference, I believe, is dead on arrival.”

Zarif said not even Washington had any interest in the conference as a forum for an exchange of views among the 60 participating countries.

“I think the fact that they are not aiming to issue any agreed text but rather are just attempting to use their own statement on behalf of everybody else shows they don’t have any respect for it themselves,” he said.

“You usually don’t bring 60 countries and states together in order to speak for them. That indicates to you that they don’t believe they have anything to gain from this meeting.”

Much of the schedule for the conference remains vague amid deep divisions over policy towards the region, where Washington has adopted the deep hostility towards Iran of its allies Israel and Saudi Arabia.

Washington will be represented by both Vice President Mike Pence and Secretary of State Mike Pompeo, but major European allies are sending low-profile delegations amid unease over President Donald Trump’s strident calls to strangle Iran’s economy.

The main session will take place on Thursday when Pence, Pompeo and Israeli Prime Minister Benjamin Netanyahu are all scheduled to address the conference.

Netanyahu, who has vowed to keep striking Iranian forces until they leave war-torn Syria and has not ruled out a military strike to destroy Iran’s remaining nuclear facilities, is likely to deliver a fiery address.

But outside of Israel, Iran’s Arab rivals and the Trump administration, nearly all countries still back an accord negotiated under previous US president Barack Obama under which Iran agreed to accept tight limits to its nuclear activities in return for the easing of crippling economic sanctions.