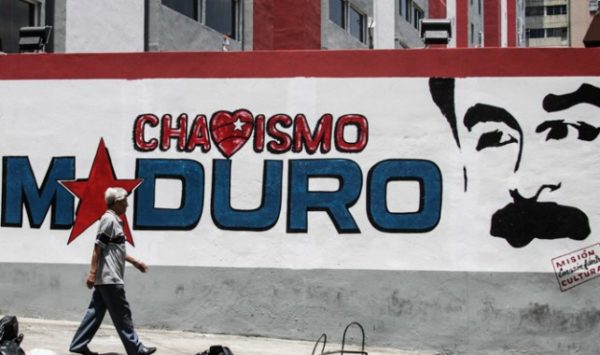 The legacy of Chavism is “misery, hunger, repression, exile, tragedy “, says a former Chavez-era official who is disillusioned by Nicolas Maduro’s regime
Share:

The legacy of Chavism is “misery, hunger, repression, exile, tragedy “, says a former Chavez-era official who is disillusioned by Nicolas Maduro’s regime

Caracas , AP –  They embraced the socialist revolution of late leader Hugo Chavez along with millions of other Venezuelans, but four former officials have now been left disillusioned by Nicolas Maduro’s regime.

These officials from the Chavez era consider Maduro “illegitimate,” but they are torn between supporting self-proclaimed president-elect Juan Guaido and looking for another way out of the political crisis.

Maduro, with the backing of the powerful military, is desperately trying to hold onto power in the face of opposition leader Guaido’s audacious challenge, supported by the United States.

Twenty years after Chavez came to power, the country is in the grip of economic and political crises, and the four “Chavistas” have turned their back on his hand-picked successor.

Gustavo Marquez, a former minister of commerce and ambassador, sees little hope in either pretender to the presidency.

Maduro, he says, is “clinging to power with his legitimacy compromised,” while Guaido is building a “parallel state” with the help of the US and economic sanctions.

They’re “two sides of the same coin,” says the 72-year-old. Guaido, he says, is reading from a “script” prepared in Washington to asphyxiate the country and control its oil reserves, the largest proven ones in the world.

Backed by the military, Maduro has turned his “back on reality.”

The opposition, Marquez says, is putting “the lives of millions in jeopardy” and exposing Venezuela to the risk of being plundered.

“Whether through negotiation or war… the pie will be divided up. The United States, Russia and China want their piece.”

Marquez hit out at Venezuela’s oil-dependent economy — 96 percent of its revenue comes from crude — and tight economic controls leading to an attitude that “it’s cheaper to import than produce.”

Luisa Ortega used to be Venezuela’s attorney general, but she fell out with Maduro and paid the price.

She was sacked after hitting out at the breakdown of democracy and the repression of protesters in 2017 that left 125 dead.

She fled to Colombia and is now firmly behind Guaido, whom she calls “a brave man.”

“I’m banking on Juan Guaido… his success is the success of all Venezuelans. We have Maduro up against the wall,” she said.

The 61-year-old hasn’t always been a defender of democracy and critic of repression, though.

While she was attorney general, the public prosecutor’s office accused then-opposition leader Leopoldo Lopez of a raft of charges that human rights organizations claimed were politically motivated, and saw him jailed for almost 14 years.

She says she doesn’t “regret” supporting Chavez, “but I’ve apologized for the mistakes I made… most of all for not saying certain things quickly enough.”

Ortega says Chavez’s original movement was “humanistic” but that it became mired in corruption before Maduro “consolidated” its “destruction.”

For Ortega, the legacy of Chavism is “misery, hunger, repression, exile, tragedy.”

“Venezuelans are aboard” two high-speed trains that are about to crash headlong into each other, says Hector Navarro, who held four ministerial positions under Chavez.

He was a friend of the late leader since Chavez was jailed in 1992 for a failed coup attempt.

Maduro is on his last legs, the 69-year-old says.

However, “the question is whether this terminal phase will drag the country into the hands” of foreign interests, or whether politics will triumph “and the people will be the ones that decide.”

Navarro says Maduro kicked him out of the ruling party after he denounced corruption within the regime.

“The revolution collapsed” and was left behind by the Latin American left, said Navarro, who earns a pension of $6 a month and lives off money sent home by a son who emigrated, like 2.3 million more people who have fled the country since 2015.

He spends his time looking after his grandchildren and is in favor of a third way.

“We’re debating between a negotiated exit or war,” said Oly Millan, the former head of the ministry of popular economy.

The 52-year-old university professor is planning a referendum with her former cabinet colleagues to renew all the branches of government, but she acknowledges that “extreme polarization” means few are buying into her idea.

She says that Chavism failed because of a vision of socialism in which the state controls everything, an “extremist opposition” that never accepted Chavez and the radicalization that ensued after the unsuccessful 2002 coup that forced the president from office for 48 hours.

Millan believes the 2004-2014 oil boom and the “closure of self-criticism” created corrupt classes that amassed fortunes and remain in power today.

When she herself denounced the paying of bribes, Chavez dismissed it as a US conspiracy.