Israel to seek $250bil in compensation from Arab countries and Iran 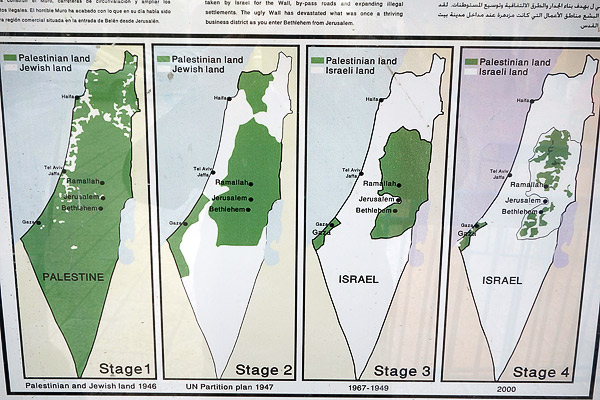 This map illustrates quite graphically how Israeli control of the West Bank region is growing
Share:

Israel is planning to seek about $250 billion in compensation from seven Arab countries and Iran   for property reportedly  left behind by Jews who were forced to flee their homes in 1948 when Israel was established, according to a report by the Jerusalem Post

Speaking Saturday on Hadashot Israeli News, Israel’s Minister for Social Equality, Gila Gamliel, said that “the time has come to correct the historic injustice” against the Jews in Libya, Tunisia, Morocco, Iraq, Syria, Egypt, Yemen and Iran — countries from which Jews were expelled.

Gamliel told Hadashot that she will coordinate efforts to obtain retribution.

Israel released an official estimate of the value of Jewish property lost when Jewish communities left these countries: $250 billion. Of this sum, $35 billion is from Tunisia and another $15 billion is from Libya. The details of the amounts from other countries will be released soon, according to the report.

The estimate was released in anticipation of the announcement of the Trump administration’s long-awaited peace plan, according to the report, although it was announced Sunday by U.S. Ambassador to Israel, David Friedman, that the peace plan will only be revealed in “several months.”

Secret valuations of Jewish property in Morocco, Iraq, Syria, Egypt, Iran and Yemen have been conducted over the past year and a half, the report said.

According to experts familiar with real estate valuation ,   if Israel is expected to demand $250 billion from the Arab countries and Iran  the Palestinians  could demand trillions of dollars , since the West Bank has become like swiss cheese  where the cheese now belongs to Israel and the Palestinians own the holes.