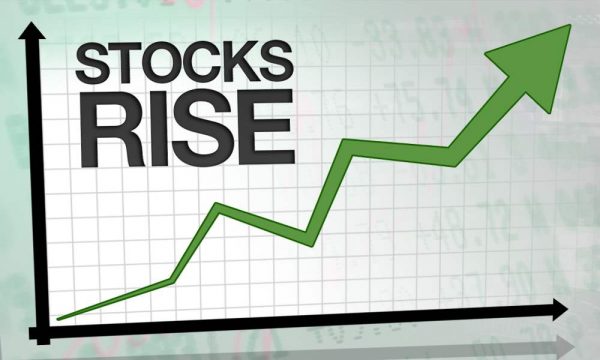 A ceasefire is better than an escalating trade war as far as investors are concerned.

Stocks jumped higher around the world on Monday after the United States and China said they would hold fire on further tariffs for the time being and try to settle their differences through talks.

Major indexes in Hong Kong and Shanghai leaped more than 2.5% on Monday. Stocks were up 2% or more in London, Frankfurt and Paris in morning trading. Meanwhile, Dow futures spiked about 500 points, or 2%.

“The good news is that this truce should be seen as Washington recognizing the potential damage on the US economy if tariffs escalate further,” said Tai Hui, chief market strategist for Asia Pacific at JPMorgan Asset Management.

Autos and oil get a boost

Other riskier assets also got a lift. Crude oil, which has been hammered by worries that slowing global growth could hurt demand, spiked more than 4%.

“Oil price volatility will continue as long as the markets flip-flop from ‘risk on’ to ‘risk off’ and while there is uncertainty about how fast the global economic cycle is slowing, but for now a bounce from recent weakness can persist,” noted Kit Juckes at Societe Generale.

US President Donald Trump and his Chinese counterpart, Xi Jinping, agreed on Saturday to a temporary truce in the trade clash between the two countries. The US government will now hold off on raising tariffs on $200 billion worth of Chinese goods from 10% to 25% on January 1, according toa White House statement.

In exchange, China said it was willing to purchase a “very substantial” amount of agriculture, energy and other goods from the United States to help reduce the massive trade imbalance between the world’s top two economies.

Trump tweeted late Sunday that China has also agreed to “reduce and remove” tariffs on imports of American cars. Even though Beijing hasn’t confirmed such a plan, shares in BMW (BMWYY) and Daimler (DDAIF), which export SUVs from the United States to China, soared more than 5% in Frankfurt on Monday morning.

The trade ceasefire is widely viewed by analysts as merely kicking the can down the road in the complex dispute between the two sides.

Beijing and Washington now have 90 days to make progress in talks over the main issues, which include US complaints that China forces American companies to hand over technology and steals their intellectual property through hacking.

“The negotiation is likely to remain challenging given the competition in a number of areas, especially technological development,” Hui said, adding that “90 days is not very long to resolve these differences.”

The Chinese government has repeatedly dismissed US accusations that it uses underhand means to get hold of American technology.

If the two sides fail to reach a deal in the time period, the Trump administration will moved ahead with the tariff increase.

But he urged caution going into the new year and pointed out that holding back on higher tariffs isn’t the same as lifting the ones already in place.

“We anticipate that things are still likely to get worse before they get better,” Craig said, warning the trade tensions will fuel more market volatility.