In a blow to Trump and UAW, GM to cut thousands of jobs in massive restructuring 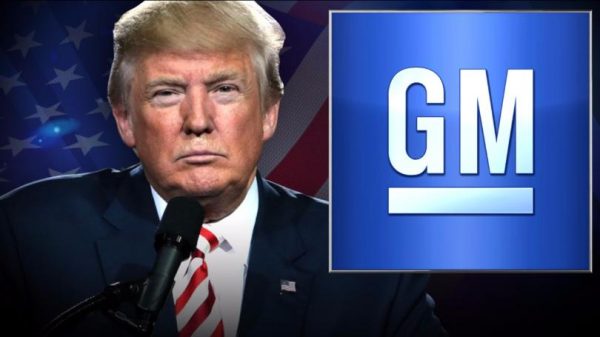 US auto giant General Motors announced Monday it will cut 15 percent of its workforce and shutter five factories in North America to save $6 billion and adapt to “changing market conditions”.

The moves include shuttering a further two plants outside North America as the company responds to changing customer preferences and focuses on popular trucks and SUVs and increasingly on electric models.

The closures drew sharp criticism from the US and Canadian labor union representing GM workers, which accused the company of shifting production overseas at the expense of North American workers.

The job cuts from GM’s current 180,000-strong work force will be particularly stinging in politically crucial areas of Ohio and Michigan, a region US President Donald Trump has promised to revive.

“The actions we are taking today continue our transformation to be highly agile, resilient and profitable, while giving us the flexibility to invest in the future,” GM CEO Mary Barra said in a statement.

Trump expressed dismay at the plan and said he was “very tough” with Barra when they discussed the reorganization.

“I spoke with her when I heard they were closing and I said, ‘You know, this country has done a lot for General Motors. You better get back in there soon,'” he told reporters at the White House. “They better put something else in.”

Trump’s aggressive trade policies have been aimed specifically at saving US manufacturing jobs, including the renegotiation of the North American Free Trade Agreement, which took aim at rules governing auto trade to favor the US industry.

In addition, GM will close two US propulsion plants — which produce batteries and transmissions — in Baltimore, Maryland and Warren, Michigan, as well two unidentified plants outside of North America.

While the company said in its quarterly earnings late last month that it saw costs jump by $400 million due to Trump’s tariffs on steel and aluminum, a spokeswoman said the latest decisions “are not related to any recent trade or tariff decisions”.

Senator Sherrod Brown, an Ohio Democrat, lambasted GM’s move as “corporate greed at its worst” and also took a swipe at the 2017 tax cut favored by Trump which was touted as a jobs winner.

“The company reaped a massive tax break from last year’s GOP tax bill and failed to invest that money in American jobs,” Brown said on Twitter.

Workers at the Ontario plant, which employs 3,000 staff, staged a wildcat strike to protest the closure.

The job cuts will include a 25 percent reduction in executive-level employees to “streamline decision making,” the company said.

GM shares jumped after the announcement, closing up 4.8 percent on the day. Analysts were generally upbeat about the news.

“In contrast to times past, General Motors under CEO Mary Barra is trying to get ahead of a potential crisis by making cuts now,” Michelle Krebs of Autotrader said in a client note.

While GM has been increasing its focus on highly popular trucks and SUVs, the company said it would also prioritize investment in “next-generation battery-electric architectures”.

‘Slap in the face’

UAW, the autoworkers union, blasted GM’s decision, saying the company was just looking for cheaper workers, and vowed to fight back.

“This callous decision by GM to reduce or cease operations in American plants, while opening or increasing production in Mexico and China plants for sales to American consumers, is, in its implementation, profoundly damaging to our American workforce,” said UAW vice president Terry Dittes.

China has become an increasingly important market for the automaker and in the first nine months of 2018, it sold 2.7 million cars in China compared to 2.6 million in all of North America.

However, spokeswoman Julie Huston-Rough denied the charge, telling AFP that “these products will not be manufactured in other locations for the North American market.”

She also said the company remains committed to its facilities in Ohio, despite the closure of the Lordstown plant, with six other locations and 4,000 employees, as well has hundreds of suppliers and dealers.