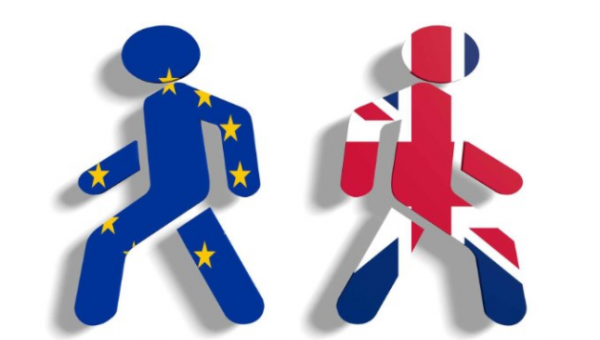 UK, EU leaders finalise divorce at Brexit summit in Brussels
Share:
European Union leaders on Sunday approved a historic Brexit deal, handing the baton to British Prime Minister Theresa May who must now convince her sceptical party and country to support it.

European Commission President Jean-Claude Juncker said Brexit was a “tragedy”, but he and other leaders meeting in Brussels warned the withdrawal terms were now set.

May faces a major battle to get the agreement through the House of Commons before Brexit day on March 29, with MPs of all parties including her own saying they will oppose it and try to negotiate a better deal.

“It is important that everyone in the UK is aware that the result that is now available is the result,” said Austrian Chancellor Sebastian Kurz, whose country holds the rotating EU presidency.

“It will certainly not be renegotiated and there will be no further room for manoeuvre.”

Dutch Prime Minister Mark Rutte added: “Overall, I think this is the max that we can all do, both Theresa May and her government as well as the European Union.

“No victors here today, nobody winning, we’re all losing but given that context, this is acceptable.”

Juncker, head of the bloc’s executive arm, earlier said it was a “sad day”.

“To see a country like Great Britain… leave the EU is not a moment of joy nor of celebration, it’s a sad moment and it’s a tragedy,” he said.

Germany’s Chancellor Angela Merkel hailed the deal as a “piece of diplomatic art” but admitted that it left her with sadness.

“This is a historic summit and also historic day that evokes ambivalent feelings,” she said. “It is tragic that Great Britain leaves the EU after 45 years.”

The leaders gathered in Brussels on Sunday morning to sign off the terms of Britain’s withdrawal and an outline political declaration on the future relationship.

May, who arrived in Brussels on Saturday evening for final talks with Tusk and Juncker, later joined her EU colleagues for the highly symbolic moment.

A short political declaration that accompanies the text sets out hopes for future security and trade ties.

But until the agreement is approved by the British and the European parliaments, all sides are still planning for the potentially disastrous possibility that Britain leaves the EU with no new arrangements in place.

Tusk said on the eve of the summit that “no-one will have reasons to be happy” when Brexit happens, but he said the terms agreed would “reduce the risks and losses”.

European Parliament president Antonio Tajani said a “large majority” of MEPs were in favour of the deal.

But in London, eurosceptics in May’s Conservative party and their Northern Irish allies argue the agreement keeps Britain too close to the EU and have vowed to oppose it.

Media reports on Sunday suggested some of May’s own ministers were secretly working with EU diplomats on a “Plan B” in case parliament rejected it.

In an open “letter to the nation” on Sunday, May said the accord delivered on the 2016 referendum vote to leave, and was a “deal for a brighter future”.

Britain remains deeply divided over the decision, but the prime minister said that finally leaving could be “a moment of renewal and reconciliation”.

“To do that we need to get on with Brexit now by getting behind this deal,” she said.

The summit risked being derailed by a late objection to the deal by Spain over the British territory of Gibraltar.

The impasse was resolved when Britain promised to continue bilateral talks with Madrid after Brexit .

There are concerns in EU capitals about fishing rights and commercial rules Britain must follow to maintain access to the bloc’s markets.

A diplomatic source said the minutes of Sunday’s summit meeting of the 27 leaders would record those concerns.