Lebanon put Carlos Ghosn on its postage stamps. His downfall has stunned Beirut

When Carlos Ghosn was arrested on suspicion of financial misconduct, a joke went around in Lebanon that the auto industry legend had finally qualified to be president of the tiny country with a reputation for corruption.

But his detention in Japan and subsequent removal as chairman of Nissan (NSANY) have also stunned a country where he has been hailed as national icon for his business success.
Many hoped the “white knight” who rescued Nissan could perhaps one day do the same for Lebanon, relieving the country of its debilitating debt, and cleaning up the economy. (Lebanon is ranked 143rd out of 180 countries on Transparency International’s most recent index of perceived corruption in the public sector.)
“He wasn’t an ever present force in the Lebanese economy or political thinking. But whenever a president’s term was up, he was always one of the names that came up as a possible president,” said Lebanese blogger and commentator Gino Raidy. “But why would he even do that?”
Ghosn was born in Brazil but grew up in Beirut after moving with his Lebanese mother back home when he was six years old. He studied at Beirut’s College Notre Dame — a Jesuit school — and still serves on the Strategic Council of Saint Joseph University in the city.
During a speech in Beirut in 2003, Ghosn said Lebanon could learn from his rapid turnaround of Nissan a few years earlier when restructuring its debt. Lebanon’s government continued to revere the business magnate over the years, and in 2017 it issued a postal stamp with his face on it.
But Ghosn repeatedly shrugged off suggestions he should run for political office.
“Naturally people looked at him and said ‘Well, here’s a guy who can help us restructure debt. He has Lebanese citizenship. Why doesn’t he get involved in politics?'” said Habib Battah, editor at beirutreport.com who interviewed Ghosn in 2003.
“As Lebanese, we tend to really root for people of this tiny country who made it somewhere because the country has been through so many wars and difficult crises.”

When news broke that Ghosn had been detained, reportedly after stepping off a flight to Tokyo from Beirut, Lebanon’s government spared little time declaring its support for him. And members of the business community, including some of Ghosn’s close friends, said they would defend his legacy. 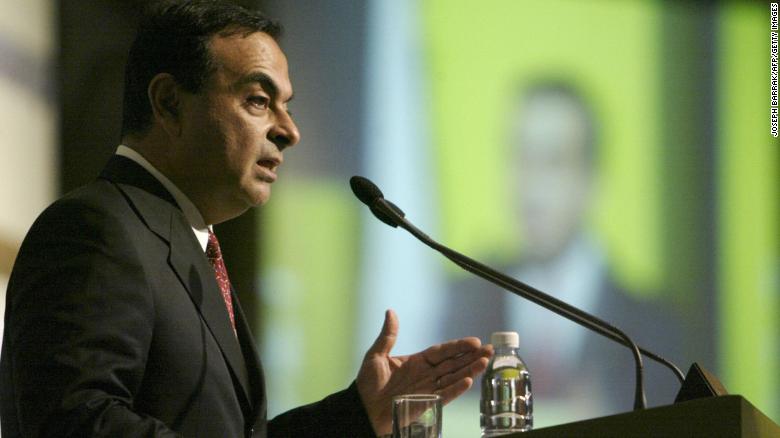 Carlos Ghosn addresses an audience during a conference in Beirut in 2003.
“Carlos Ghosn is a well-known Lebanese citizen who represents one of Lebanon’s success stories abroad and the Lebanese foreign ministry will stand by his side in this ordeal to ensure that he receives a fair trial,” Lebanon’s foreign ministry said in a statement on Monday.
Lebanese Information Minister Melhem Riachy urged the country’s president and prime minister to intervene.
“An investigation is immensely important. Something stinks,” Riachy tweeted.
Far removed from the jokes about Ghosn on Beirut’s streets — where many are jaded by decades of political and economic crises — Lebanon’s business community has been poring over the details of the case.
Until recently, the automotive titan had done little to cultivate his relationship with Lebanon. For decades, he had no home in the country until, some years ago, he began to refurbish a building in central Beirut — an undertaking that now reportedly features in the fraud allegations against him.
In recent years, he began a trickle of investments in the country, including in one burgeoning wine company.
His bond with the country, his friends say, was growing steadily, and he was returning to the city more often. One of his friends — retired judge Chukri Sader — described it as a “homecoming.” 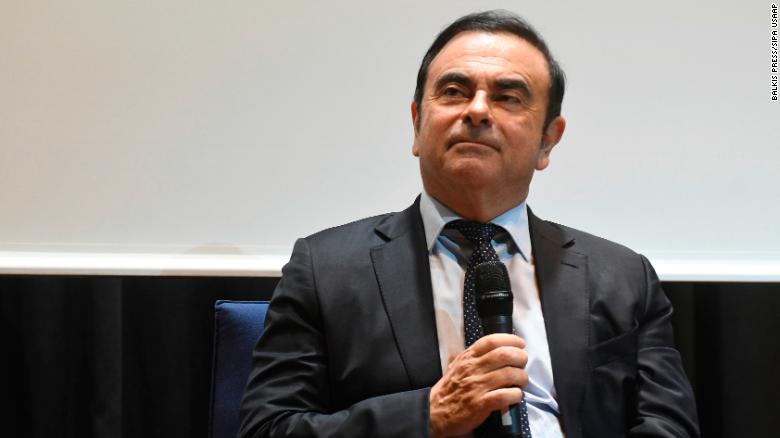 Carlos Ghosn, head of the Renault-Nissan Alliance, attends a conference in Beirut in 2016.
“(The Lebanese) are very proud of Carlos Ghosn, of what Carlos Ghosn did,” Sader told CNN Business. He and Ghosn share a passion for the card game Bridge and participated in several tournaments together over the years.

A game of cards

Two weeks ago, Ghosn and his friends were planning a Bridge gathering in Beirut on December 8, bringing together eight players from cities around the world.
“But that plan’s fallen apart now and there’s nothing we can do,” Sader added.
Other friends say they were “stunned” by the news and gave impassioned defenses of the 64-year-old executive.
“Carlos is someone highly-respected and appreciated everywhere here. Our duty is to defend him because of our identity as Lebanese, because we want the truth,” said prominent French-Lebanese businessman Pierre Chidiac.
“It is a duty for us to stop this reputational killing of Carlos. It’s a shame.”
A number of analysts and commentators have speculated that Ghosn was the victim of a “palace coup” by Nissan executives nervous over how much power he had accumulated.
“There could have been 10 other ways to solve this problem with Carlos Ghosn. They have chosen to humiliate him,” said Sader, who served as the head of Lebanon’s administrative courts before his retirement. 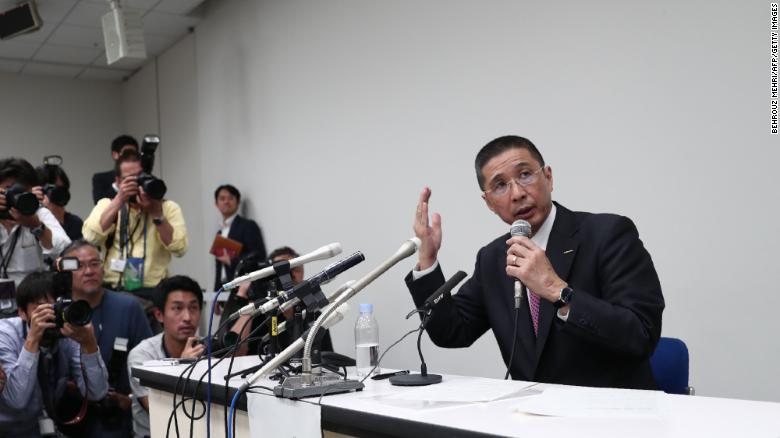 Nissan Motors CEO Hiroto Saikawa speaks during a press conference, detailing the allegations against Ghosn.
“I can’t say that this is a lie, because it might not be. But what I am saying is that even if he had done it, he shouldn’t have been dealt with in this way,” he added.
There seems to be little doubt that Ghosn’s reputation has been forever tarnished, and emotions among his friends are running high.
“This white knight who saved (Nissan) in Japan is being destroyed. It’s a way of not thanking him forever, not honoring him forever,” said Chidiac.
CNN
Share: