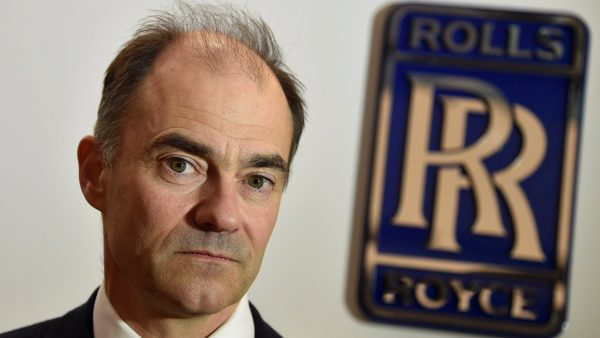 UK business lined up to help Prime Minister Theresa May sell her draft Brexit agreement but continued to plan for Britain to crash out of the European Union without a deal as May fought for her political survival on Friday.

“This agreement is only a draft,” Chief Executive Warren East told BBC radio on Friday. “We are going to continue with our contingency plans and that includes buffer stocks so that we have all the logistical capacity that we need to carry on running our business.”

Manufacturers like Rolls-Royce fear that new customs duties and red tape that would kick in if Britain leaves the European Union without a deal on March 29 would kill the just-in-time delivery of thousands of parts on which they depend.

May’s spokeswoman pointed to “strong support from the business community” as her office released statements from a number of major companies, including Diageo (DGE.L), the London Stock Exchange (LSE.L) and Royal Mail (RMG.L).

But their influence appeared limited as lawmakers gathered signatures for a confidence vote that would trigger a leadership contest, following the resignation of key ministers in protest at the draft agreement.

Bookmaker William Hill (WMH.L) suspended betting on the year that May would leave office and narrowed its odds on a second Brexit referendum to 6/4.

Opponents of the agreement with the European Union, which still has to be approved by the British parliament, say it is the worst of both worlds, leaving the bloc with too much power over Britain while taking away its say in making the rules.

The political turmoil is roiling markets, putting sterling through its worst day since 2016 on Thursday.

The pound stabilized on Friday as May clung onto power, and UK shares staged a fragile comeback thanks to mining and oil stocks, but Brexit-sensitive banking and housebuilding stocks came under renewed pressure.

Investment bank Bernstein said the UK market might now be “uninvestable” as the most extreme outcomes were not yet priced into the value of shares.

“We think that the UK market might be ‘uninvestable’ in the specific sense that the near term movement is likely to be dominated by political forces that, bluntly, are very hard to model,” the bank wrote in a note.

“On a longer horizon uncertainty seems likely to hang over the UK for some time to come.”

One chief executive of a services company that employs tens of thousands likened Brexit to a major business transformation that requires a long-term strategic vision and an acknowledgment that the first few years will be tough before it gets better.

“We have not had that,” he told Reuters on condition of anonymity. “Politicians on all sides think tactically and for the short term. There is no strategic vision, and business is watching on and thinking: ‘Oh my god, where is the plan?’”

“Right now it is an executional mess and I don’t think politicians are equipped to get us through it.”