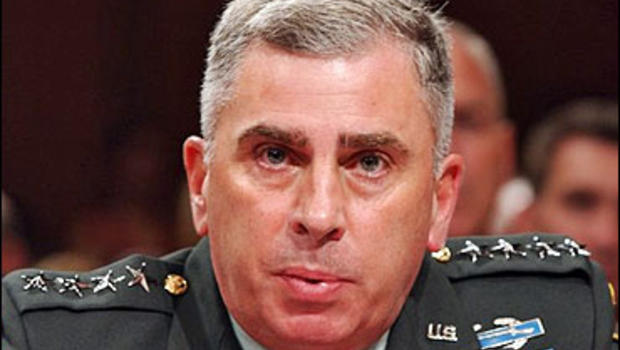 Donald Trump has picked Gen. John Abizaid to be the next U.S. ambassador to Saudi Arabia, the White House said Tuesday.

Abizaid retired from the U.S. Army in 2007 after 34 years of service. At the time of his retirement, Abizaid was the longest serving commander of U.S. Central Command, from July 2003 and March 2007.

Abizaid is a distinguished graduate of West Point and holds a masters degree in Middle Eastern Studies from Harvard University. He was previously the distinguished chair of the Combating Terrorism Center at West Point.

Abizaid’s nomination comes in the wake of international outrage over the killing of journalist Jamal Khashoggi, who was also a U.S. resident. Khashoggi died at the Saudi consulate in Istanbul last month.

While the U.S. revoked visas for several Saudi citizens implicated in Khashoggi’s death, the Trump administration faced criticism for being too soft in its initial response to the reports of the journalist’s alleged murder.

The U.S. has since said it will look into the circumstances of Khashoggi’s death independently from Saudi Arabia’s own investigation.

A Lebanese American, Abizaid was born in northern California in 1951. His grandparents had immigrated to California from Lebanon during the late 19th century.  His father, a Navy machinist in World War II, raised him after Abizaid’s mother died of cancer.

Abizaid greatly impressed his teachers at Harvard University. Nadav Safran, the director of the Harvard Center for Middle Eastern Studies kept Abizaid’s 100-page paper on defense policy for Saudi Arabia, the only paper of a master’s student he has kept, saying, “It was absolutely the best seminar paper I ever got in my 30-plus years at Harvard.

He learned Arabic in the military