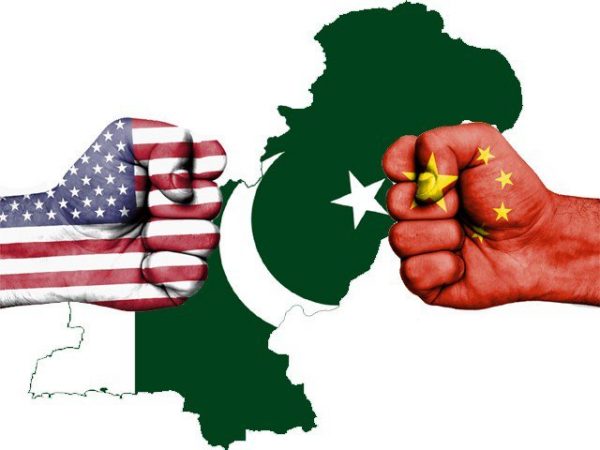 The trade war with China began in earnest Monday.

In announcing a wave of tariffs on $200 billion worth of Chinese imports, President Trump said in a White House statement that his administration had concluded that “China is engaged in numerous unfair policies and practices relating to United States technology and intellectual property – such as forcing United States companies to transfer technology to Chinese counterparts. These practices plainly constitute a grave threat to the long-term health and prosperity of the United States economy.”

The statement said that the tariffs, which take effect September 24, would initially be 10 percent, but would rise to 25 percent at the beginning of the year, giving U.S. companies time to adjust their purchases. However, a senior administration official told Reuters over the weekend that Trump is likely to announce the new tariffs as early as Monday.

Trump warned that if China retaliates against any U.S. industry, he will enter phase three of the trade war, imposing tariffs on another $267 billion of addition imports. Previously, he had put tariffs on $50 billion worth of Chinese products and the Chinese had retaliated with tariffs of their own.

It’s hard to see China caving to the U.S. demands when, as one official told the Wall Street Journal, Trump “has a gun to their heads.”

One sign came in a column in the Global Times, a newspaper published by the Chinese Communist party. “It is nothing new for the U.S. to try to escalate tensions so as to exploit more gains at the negotiating table,” said the Global Times. It then continued ominously that “We are looking forward to a more beautiful counter-attack and will keep increasing the pain felt by the U.S.”

So the full-scale trade war that nearly everyone feared now looks unavoidable. The S&P 500 stock index closed 16.18 points lower, a decline of 0.6%, after Trump announced he planned to act after the market closed.

China exported $522.9 billion in goods and services to the U.S. in 2017 and imported $187.5 billion. So the Chinese are faced with a quandary: they can’t match U.S. tariffs because they import far less.

There has been talk in China of throwing up other barriers to U.S. imports such as increased customs surveillance and inspections that slow down the arrival of goods such as Boeing jetliners.  Former finance minister Lou Jiwei was quoted as having told a forum in Beijing Sunday that other possible actions include restricting export of goods, raw materials and components that are crucial to U.S. manufacturing companies, Reuters reported.

But it is also a command economy: when the government decrees fewer imports from the U.S., companies will comply without complaint. Just look at how farm imports have declined this year after Beijing passed the word to cut back on U.S. soybeans.

Another arrow in China’s quiver is its currency, the renminbi. The currency, which is directly controlled by China’s central bank and doesn’t officially trade outside the country, has declined 6 percent since the trade dispute began, which would almost offset the price effect of Trump’s 10 percent tariffs.

It’s clear the Chinese are gearing up for a prolonged fight. For his part, Trump is relishing the forthcoming battle.

In a tweet Monday morning, he wrote:“Tariffs have put the U.S. in a very strong bargaining position, with Billions of Dollars, and Jobs, flowing into our Country – and yet cost increases have thus far been almost unnoticeable. If countries will not make fair deals with us, they will be ‘Tariffed!’”

His position is somewhat puzzling because it’s Americans, not the Chinese, who will pay the tariffs on Chinese imports. While they may also affect Chinese companies, Americans will definitely pay more too.

Trump’s National Economic Council Director Larry Kudlow, a former commentator on the CNBC business channel, said the administration remained open to the possibility of resuming negotiations with the  government in Beijing.

‘We are ready to negotiate and talk with China any time that they are ready for serious and substantive negotiations toward free trade to reduce tariffs and non-tariff barriers, to open markets, to allow the most competitive economy in the world, ours, to export more and more goods and services to China,” Kudlow said.